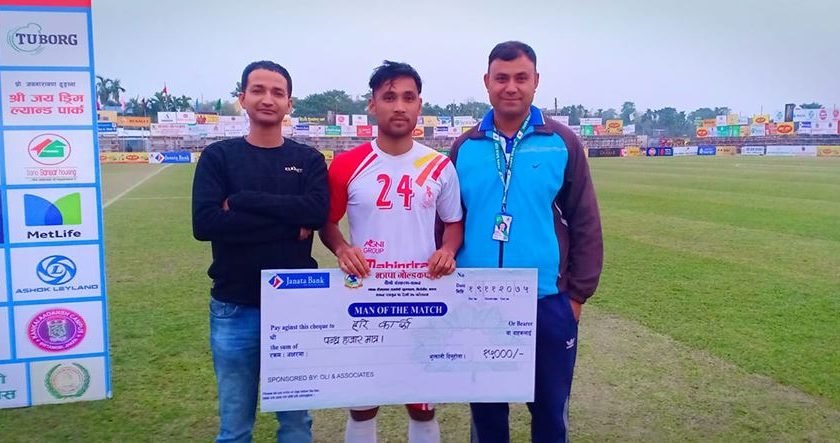 Nepal APF Club defeated Morang XI 1-0 in the second day of the 4th Jhapa Gold cup and entered the quarterfinals. APF will now face Tribhuvan Army in the quarter final. APF protested the match about 28 minutes against Morang XI for not having release letter of three Morang players. APF took the lead in Hari Karki’s goal in the 45+9th minute of the first half. Goal scorer Hari Karki became the man of the match. He received Rs.15,000.

Speaking at Post Match Conference after the game, APF coach Ratnakaji Maharjan said that the game was stopped for some time because he appealed against the players of Morang according to the rules of FIFA. Morang XI Coach Sanjeev Budhathoki said that he was beaten by making controversy and giving mental pressure in the players . In the first quarterfinal match tomorrow host Jhapa XI will take on Hong Kong Nepalese.