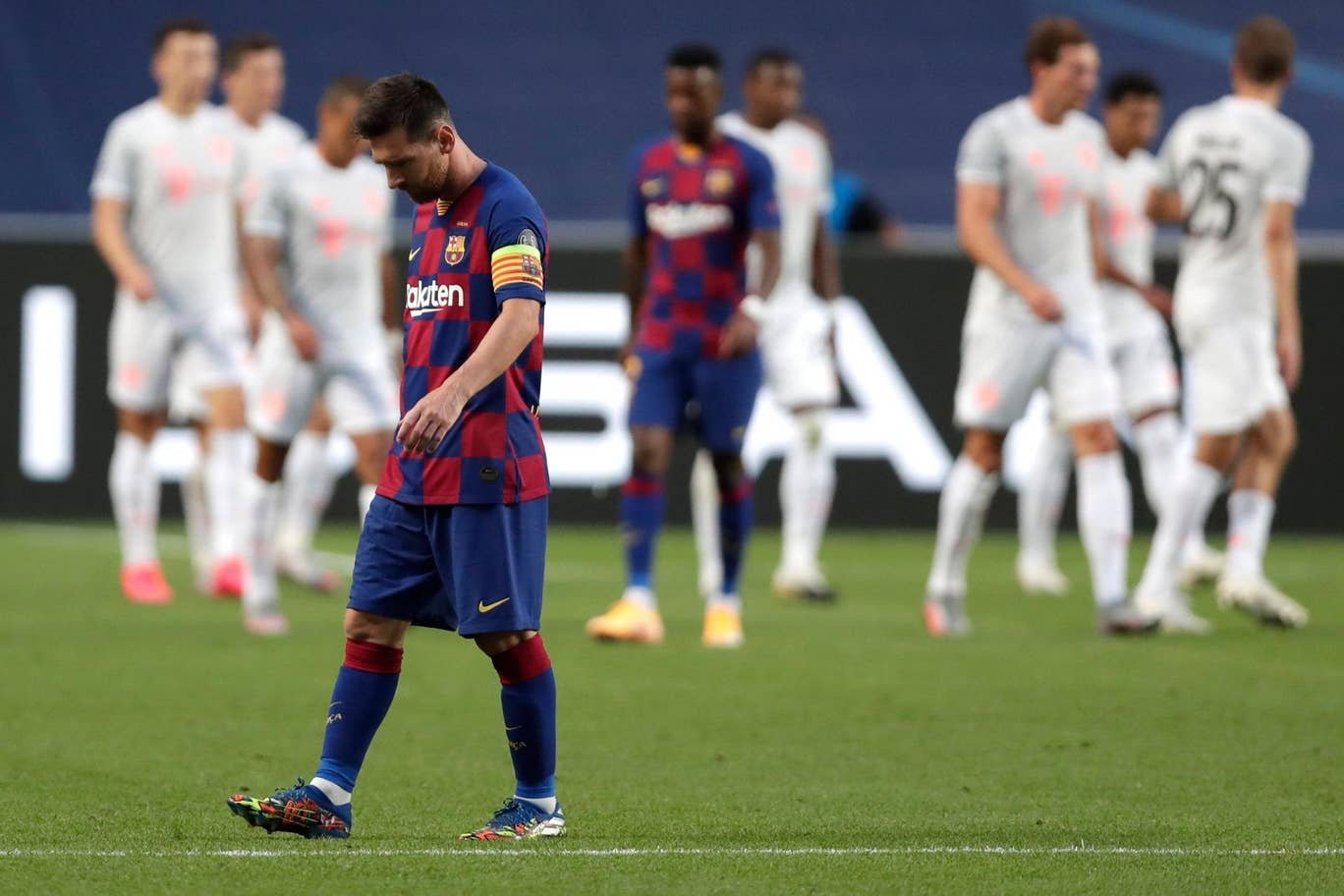 Bayern Munich hit an incredible 8-2 Champions League quarter-final, and Barcelona’s poor performance in the 2019-20 season is even more frustrating. The pressured, energetic and ruthless German champion Team Bayern was at a different level from their Spanish opponent Barca.

They scored four times in the first half, added a quartet in the second half as they thrashed Barcelona 8-2. Barca’s too many mistakes on the defensive ended with a historic and embarrassing defeat record in UEFA.

Thomas Müller scored the first goal for Munich. He opened at the top of the box hit a bouncing ball and passed Goal Keeper Ter Stegen. Barcelona was absolutely shocked by that.

Although David Alaba’s own goal helped Spanish team Barcelona, Bayern showed no mercy to the Catalans. They added three more from Ivan Perisic, Serge Gnabry and Thomas Müller which made 4-1 for Bayern at the break.

Barcelona showed some fighting spirit early in the second half, with Luis Suarez’s 4-2 in 57 minutes. However, the German side once again showed why they received such a high rating and why the problem still revolved around Barcelona, ​​where they showd incredible display in the last 30 minutes.

Joshua Kimmich tapped home for Munich from an outrageous run by Alphonso Davies to make it 5-2 for them. Polish superstar Lewandowski finally got himself on the score sheet with a close range header on 82 minutes.

With Barcelona praying for the final whistle in the last ten minutes, their own loaned midfielder Philip Coutinho came from bench to trouble them. The former Liverpool man added the goal and rewrite the score to 7-2 in the 85th minute. In the 89th minute Barcelona’s defence in the 6-yard box, once again allowed him to add one more to his tally and he made it 8-2.

WHO CAN STOP BAYERN MUNICH?

Barca just goes from very bad to even worse situation

82′ Lewandowski GOAL! BARCELONA 2-6 BAYERN MUNICH
But is this offside?

🔴 Joshua Kimmich makes it FIVE for Bayern in Lisbon…#UCL pic.twitter.com/J3jysSFEek

Barcelona have conceded four goals in the first 31 minutes in any competition for the first time since January 1951 vs Real Madrid 1-4 at Santiago Bernabéu. Historic

Barcelona made another offensive change, replacing Busquets with the young Ansu Fati.

52′ Yellow for Davies for a foul on Arturo Vidal.

50′ Kimmich’s lateral centre for Goretzka and the midfielder controls with his chest and turns to shoot over the crossbar. How easily Bayern creates danger!

This is the first time in club history that Barcelona have conceded 4 goals in a single half in a Uefa match.

Rub your eyes and look again… the score board is real.

Barcelona concede 4 goals in the first half of a UCL match for the first time.#UCL pic.twitter.com/la0yMRVNsO

Reply with a GIF to show your reaction 📱👇#UCL pic.twitter.com/DL39DkaqCm

Bayern takes the lead again, you can’t say that this is a surprise by Bayern! Barcelona forgot how to defend.

20′ Barça is conceding too many corners now.

15′ Amazing Match
The end-to-end nature of the game showed no signs of slowing down.

🤔 Who are you backing to reach semi-finals?

In addition to Messi and Lewandowski, some other players also claimed their prominence are Luis Suárez and Müller.

On the bench. #BarçaBayern @ChampionsLeague

Previous post Barcelona vs Bayern: Who are favourites?Champions League 2019-20

Next post 2-8 to Barcelona or 1-7 to Brazil? Thomas Muller choice

Most goals: UEFA Champions League round of 16 record