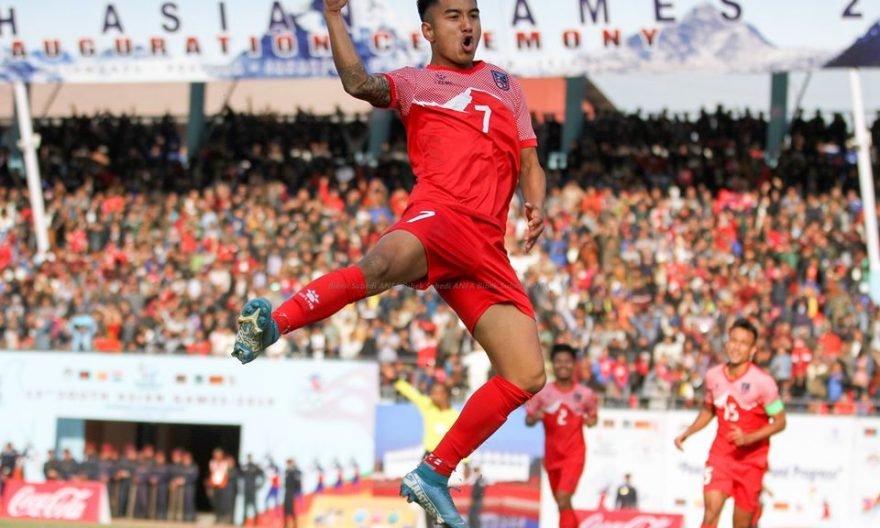 Nepal defended the gold in South Asian Games 2019. Young and hard working Abhishek Rijal was hero in the tournament. He scored 3 goals for Nepal including 1 goal in the final.

Abhishek Rijal played his first match in international level against Malaysia as a substitute. He played his second match as a first choice against Chinese Taipei and went on to scoring in that match. This was his first internation goal for Nepal.

Abhishek Rijal “It feels Proud to play for Nation”