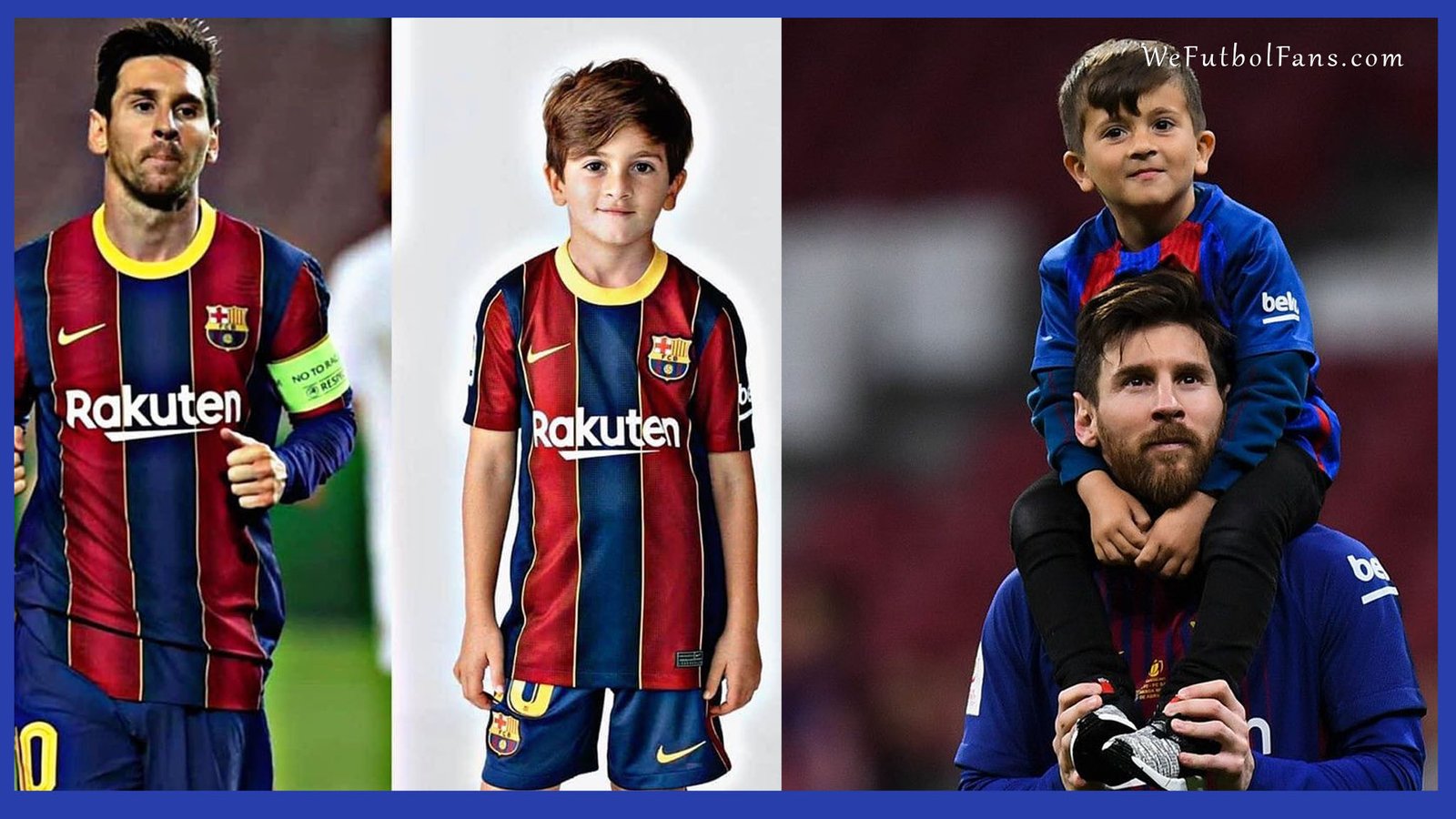 On November 2, 2012, Messi and Roccuzzo welcomed their son Thiago into the world for the first time. Messi got his son’s name and handprints tattooed on his leg shortly after birth to display his affection for him in a lifelong way.

Thiago Messi Roccuzzo, a young footballer who may have been born with a golden right foot, has had the world’s attention since he was a baby. On November 2, 2012, in Barcelona, Thiago, the eldest of three children, was born to renowned football player Lionel Messi and model Antonela Roccuzzo. He is of Spanish and Argentinean descent and has the birth sign of the Scorpio.

Thiago, the oldest of three boys, has been refer as the good one by his father. Thiago influenced Messi’s life, as is well documented, more than the Ballon d’Or victories, Messi told El Periódico in 2013 that his son had transformed his life.

The footballer also mentioned how fatherhood changed his priorities. “When I consider life, I consider every second, and I consider every circumstance… Everything has changed since then.” Despite Messi’s well-known career, he claimed in a 2016 Sports Illustrated essay that his life off the pitch is like any other parent’s.

Taking Thiago to school, attending training sessions, relaxing at home drinking mate and spending time with Anto and the children in the park or elsewhere are part of a typical day, according to him. It is a typical and peaceful life that we have always wanted.

A former member of Barcelona’s academy, Thiago began playing football at an early age when Messi was a player for Barcelona from 2004 to 2021. He presently represents the Paris Saint-Germain academy, and as Leo Messi noted in an interview, Thiago and his brothers quickly adjusted to their new life in Paris.

“The boys are the ones who adapted in Paris the best. It was what worried us the most and it was the easiest of all”

Thiago and Mateo, Messi’s second son, attended PSG’s soccer academy when Messi joined Ligue 1 club Paris Saint-Germain in 2021. Messi frequently tweets pictures of him and his sons enjoying friendly matches, which implies that the best lessons of the young are likely to be learn at home.

Who Are Mateo, Ciro And Thiago Messi Roccuzzo?

Mateo, Ciro, and Thiago Messi Roccuzzo are members of the Messi family. Their father, Lionel Messi, and mother, Antonella Roccuzzo.

Their eldest child is Thiago Messi, second child is Mateo Messi, and the youngest child is Ciro Messi.