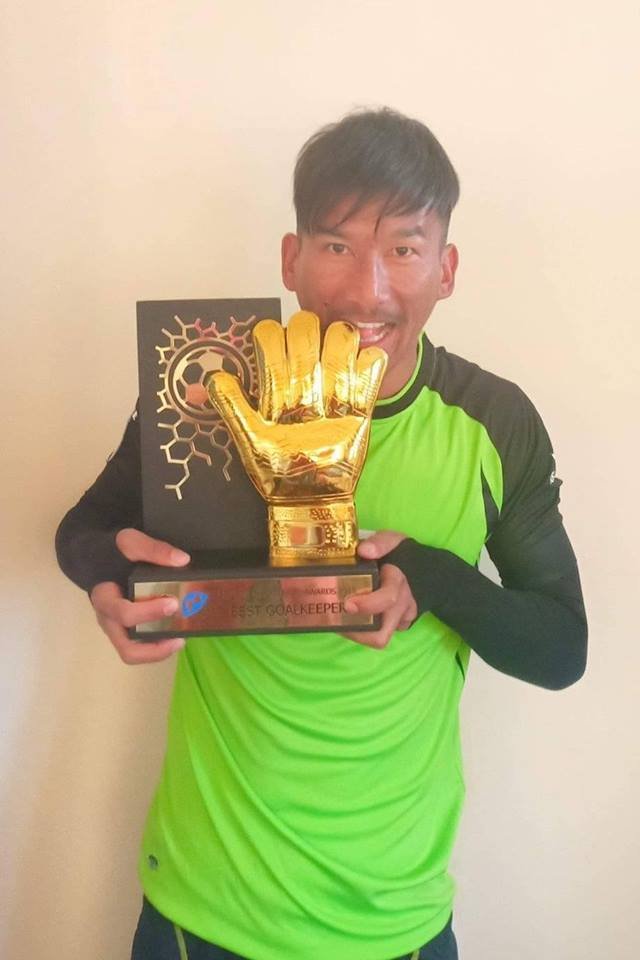 Nepali National Football Team’s goalkeeper Kiran Kumar Chemjong had won the title of the ‘best goalkeeper’ in the Maldives on 28th December 2018. TC Sports coach Mohamed Nizam had received the award from Man United legend Peter Schemeichal on behalf of Chemjong during Maldives Football Awards 2018.  He finally got his golden gloves in Nepal. He was very happy and excited to receive the beautiful golden gloves on his hand. He was feeling energetic and positive on doing more hard work. He’ll continue to do the best he can for his team.