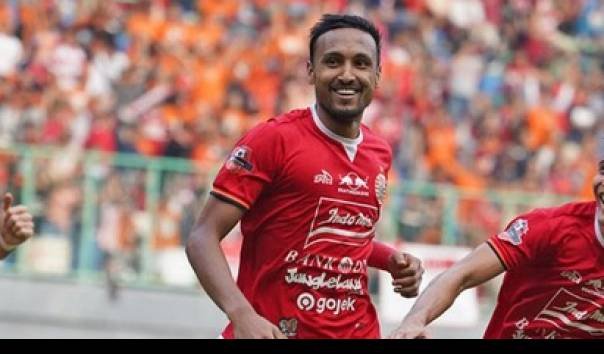 Entering the seventh season with Persija Jakarta, the loyalty of a Rohit Chand to the capital team is no longer in doubt. However, the Nepalese midfielder admitted he had not thought about which club he would make the last before retiring.

With the age of 28, Rohit Chand’s football career is predicted to be quite long. Therefore, he has not thought about his plans to retire or at the club where his professional career will end.

“I don’t know, we can’t know what happened after this. Until now I have no thoughts regarding where the retirement plan will be or so. Now I am still part of Persija,” Rohit Chand said as reported by JPNN from the Youtube channel PersijaTv.

Nearly 10 years spent travelling to a number of clubs in the Southeast Asian region, he did not rule out the possibility to someday re-strengthen the football club from Nepal.
“Sometimes I think about going back to Nepal and playing there. But I can’t say what see what happens, I can’t guess,” he admitted.

Together with Jakarta Persija, Rohit Chand claimed to have quite a lot of historic momentum. But the moment in the 2018 season he will never forget. Because in that season, he succeeded in helping Persija Jakarta to combine the President Cup and Liga 1 championship in 2018. It didn’t stop there, Rohit Chand was also named the best of Liga 1 2018.

Rohit Chand Thakuri (born 1 March 1992) is a professional Nepalese footballer who plays as a midfielder for Liga 1 club Persija Jakarta and the Nepal national team.[2] During his teenage years, Chand was heavily linked to clubs such as Arsenal, Tottenham, and Lille.[3] Chand has currently awarded as The Best Player of The Year on Liga 1 2018 (the highest level of Indonesia football competition) alongside Persija Jakarta as the champion