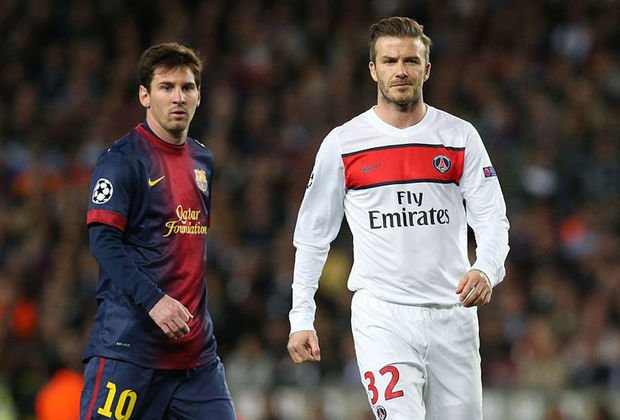 Telling the figure of Lionel Messi seems to be endless. The Barcelona superstar was transformed into one of the world’s best players recognized by a number of people.

Lionel Messi’s presence on the field often seems to be a ‘nightmare’ for rival players and coaches. Diego Simeone did not celebrate Fernando Torres’s goal when Atletico Madrid faced Barcelona in the LaLiga competition, The highest caste of the Spanish League, the 2015-2016 season. Simeone said he could not celebrate Torres’ goal because at the same time he saw Lionel Messi warming up.

Lionel Messi also seems to influence the figure of David Beckham. David Beckham once revealed Lionel Messi as one of the reasons he decided to hang up his boots. Beckham said his decision to retire came when he realized Lionel Messi easily passed him when facing each other in the 2012-2013 Champions League quarter-final second leg.

“I probably know the time for retirement comes when Messi runs past me,” David Beckham told Sky Sports in 2013. Meanwhile, David Beckham has recently praised the Barcelona superstar as the best footballer of all time. His level is difficult to equal by anyone, including his rival, Cristiano Ronaldo.