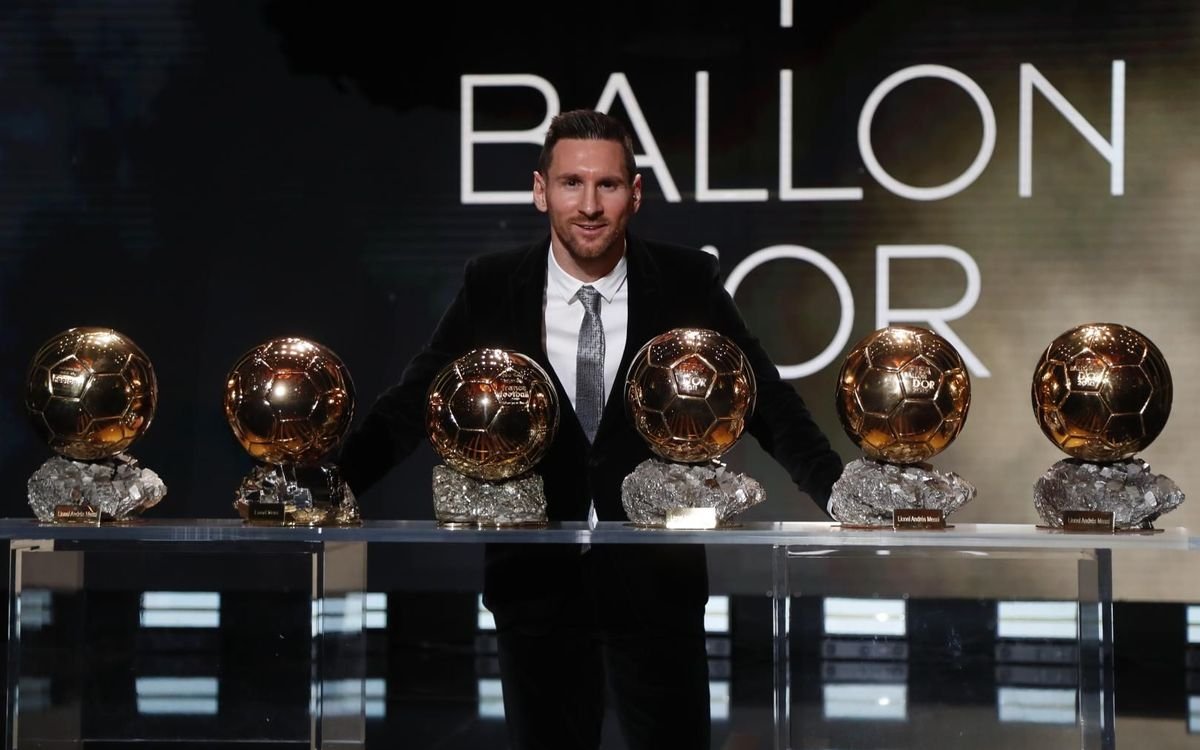 No Comments on 2022 World Cup Trophy: Messi Opportunity to have 8th Ballon d’OrPosted in Ballon d' Or, Football News By Sudip DhakalPosted on December 23, 2022December 23, 2022

Lionel Messi has led the Argentina national team to the 2022 World Cup trophy. This magnificent achievement raised hopes that Messi will win his eighth Ballon d’Or.

Argentina won the 2022 World Cup after defeating defending champions France on December 18 at the Lusail Iconic Stadium. After a 120-minute draw, La Albiceleste prevailed 4-2 on penalties over Les Blues.

Lionel Messi, who captained Argentina’s national team, put forth an outstanding performance in Qatar. The PSG star had seven goals and three assists to help his team win the World Cup in 2022.

This set contains the two goals he scored while competing in the final. Lionel Messi was even named the event’s top player and received golden ball.

Lionel Messi is expected to win the Ballon d’Or next year after lifting the 2022 World Cup trophy. Ronaldinho, a Brazilian national team legend, stated this belief.

If Messi wins the Ballon d’Or again, he will cement his place as the greatest footballer of all time. La Pulga currently owns seven Golden Ball trophies.

“I believe Messi will win the Ballon d’Or because he scored two goals in the final and won his first World Cup. This will cement his place in history even further “Ronaldinho stated

Argentina’s journey at the 2022 World Cup