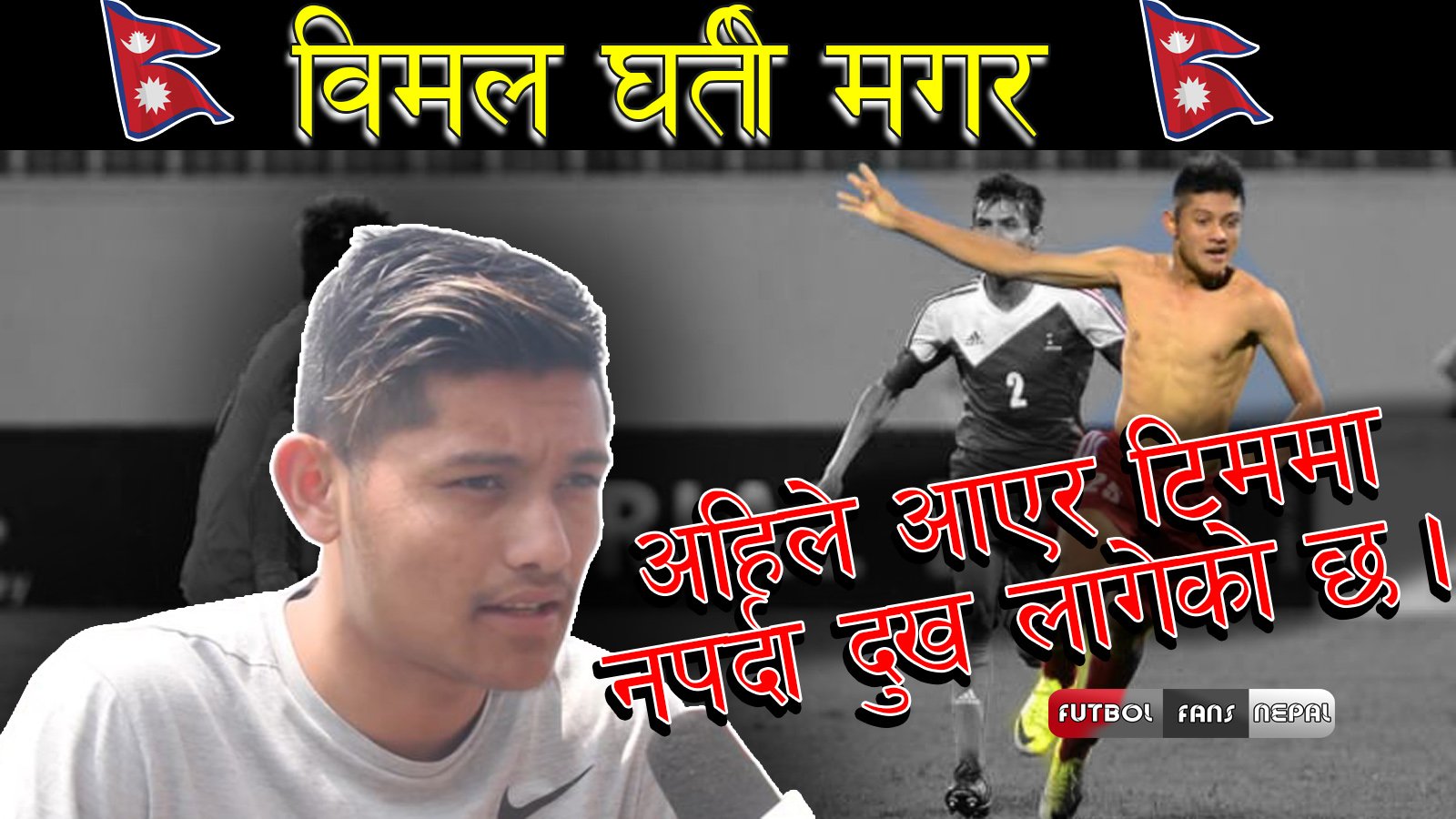 Nepal young star Bimal Gharti Magar has not been included in the national team that is playing Qualifiers matches of World Cup 2022 and Asian Cup 2023 against Australia and Chinese Taipei on October.

Bimal along with Midfielder Anjan Bista, Santosh Tamang and defender Dinesh Rajbanshi were dismissed from National Team 9 months ago.

They were found to be at various clubs in Thamel in November a day before flying to Thimpu to paly against Kuwait’s in World Cup Qualifiers, according to ANFA.

Only Anjan Bista has made to back to the National Team. ANFA has announced 34 players for Preliminary squad for the Camp. The cabinet meeting held given permission to conduct training and preliminary games of international sports next month.

Bimal is sad and unhappy for not being call in the national team.
“I played for the country for a long time. I have given everything to this beautiful game. Feeling bad for not being even in the 34 Preliminary squad.

Bimal Gharti Magar, born on 26 January 1998) is a Nepalese footballer. He plays as a forward for Nepal national team. Magar is the product of Central ANFA Academy. It is under the All Nepal Football Association (ANFA). Bimal is also the sixth youngest male scorer and international debutant in the world. Youngest Nepalese player to debut (at the age of 14) and score (at the age of 15) for Nepal.

Magar is a pacey left-footed striker who is notable for his agility and acceleration. For this reason, he is often played as a forward, secondary striker, or winger. Magar is also technical in his finishing and shooting ability, as well as physical with tactical with off-the-ball intelligence and cuts. Overall, his professionality mentality has earned him a multitude of trials at various UEFA club academies and youth team place in Belgium giants Anderlecht, as well as earning the role as skipper in most of his national youth teams.

Bimal Gharti Magar: Sad for not being included in the National Team