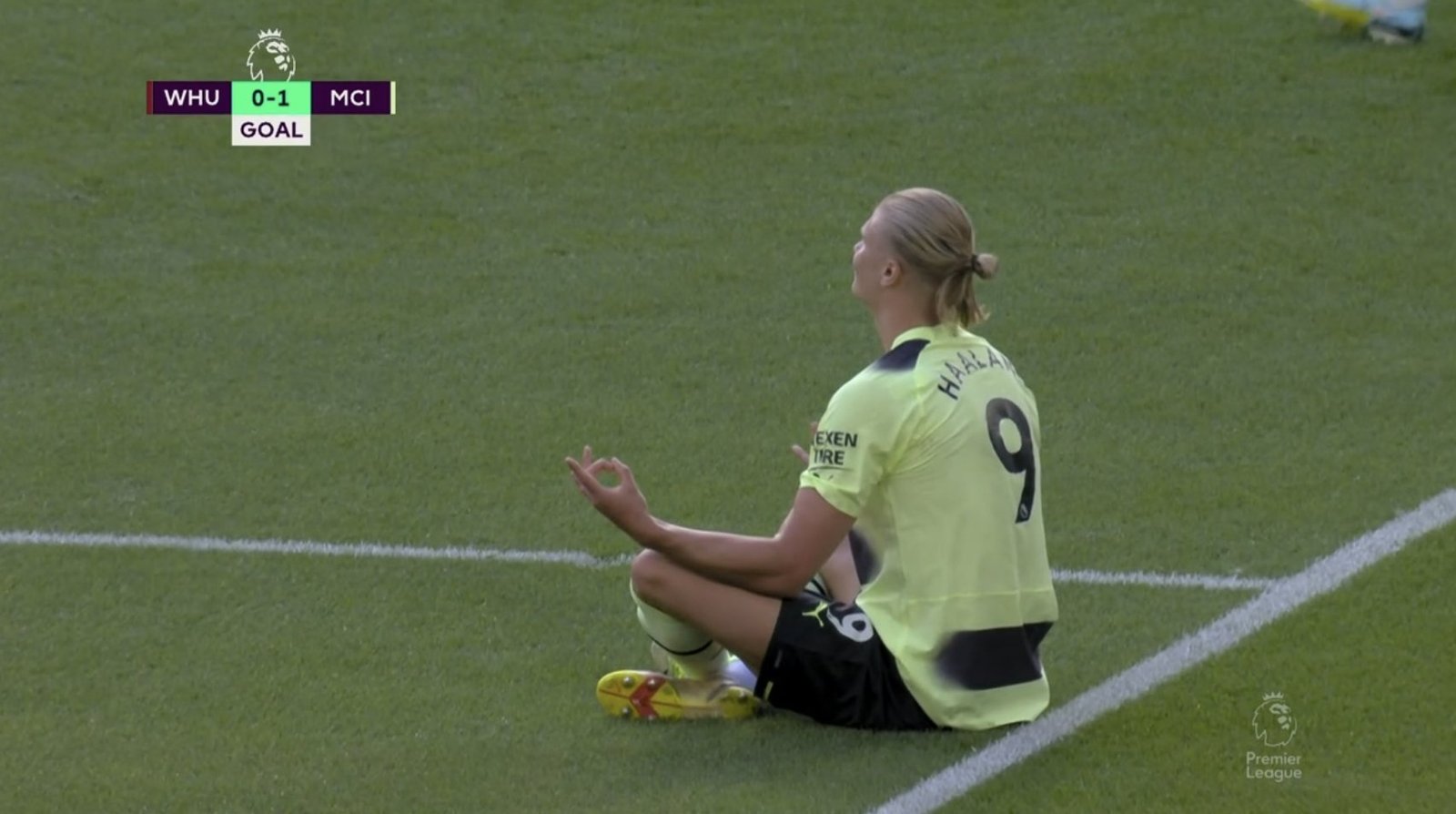 Norwegian star footballer Erling Haaland scored his first English Premier League goal against West Ham United. Haaland who made his debut in the same match, scored through a penalty. Manchester City vs West Ham, Haaland opened the scoring in the 36th minute with a penalty.

Haaland himself won the penalty after being fouled in the box and chose himself to take the penalty where he scored beautifully. He stunned West Ham goalkeeper Areola by lobbing a low shot into the left corner of the net for his first Premier League goal. The fact that Haaland scored his first goal for City in just 36 minutes in the opening match of the 2022-23 EPL shows that the 22-year-old is ready to dominate English football.

Erling Haaland has scored a debut goal in the Norwegian Football Cup, the Champions League, the Bundesliga, the DFB-Pokal, the DFL Super Cup and in the Premier League.

Norwegian footballer Erling Haaland score twin goals for Manchester City in the Premier League 2022-23 opener against West Ham. Erling got his second chance on goal in the 65th minute when Kevin De Bruyne slid the ball through the West Ham defenders and put the goal on a layup for Haaland. The Norwegian kept his composure and nailed the ball into the net, doubling City’s lead to 2-0.