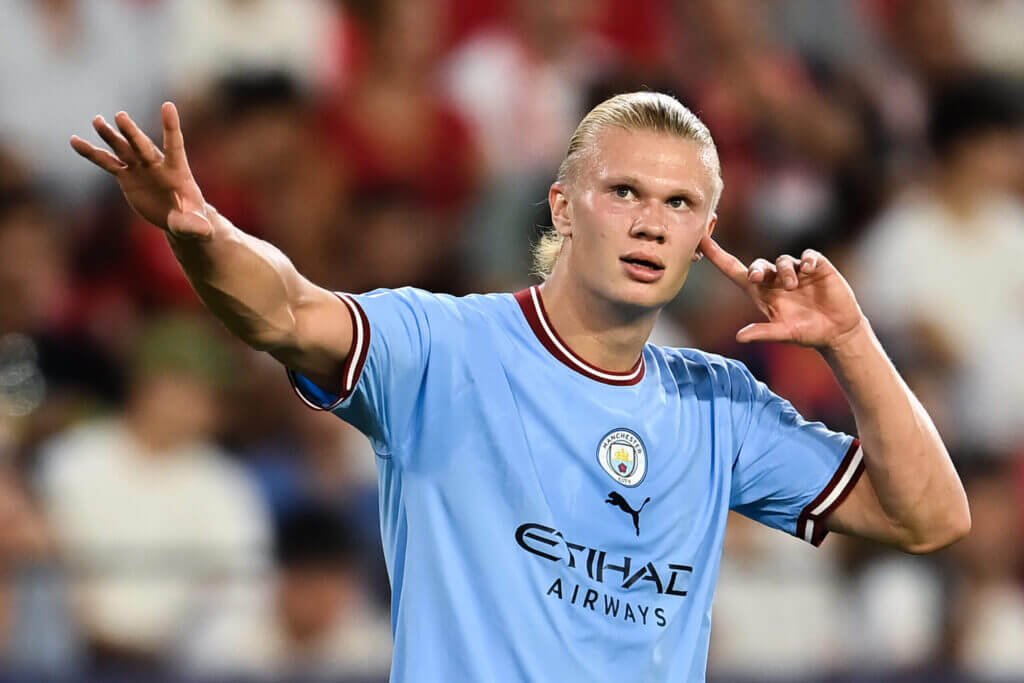 Erling Haaland has become the fastest player to score 20 goals in the Premier League, doing so in 14 appearances:

Erling Haaland, a striker for Manchester City, breaks the Premier League goal record after scoring 20 goals this season. In the 51st and 64th minutes of the second half against Leeds United, Haaland scored twice after two assists from Jack Grealish.

Haaland is far ahead in the Premier League goal standings this season 2022/23. The City player has scored 20 goals, compared to Harry Kane’s closest rival’s twelve.

Since joining City from Dortmund in the summer, Norway’s Haaland has scored 26 goals in 20 games across all competitions, including 20 in 14 Premier League games.

Despite scoring brace in Manchester City’s 3-1 Premier League win over Leeds, coach Pep Guardiola believes Erling Haaland is still not back to his best following injury.

News Source from the premierleague.com