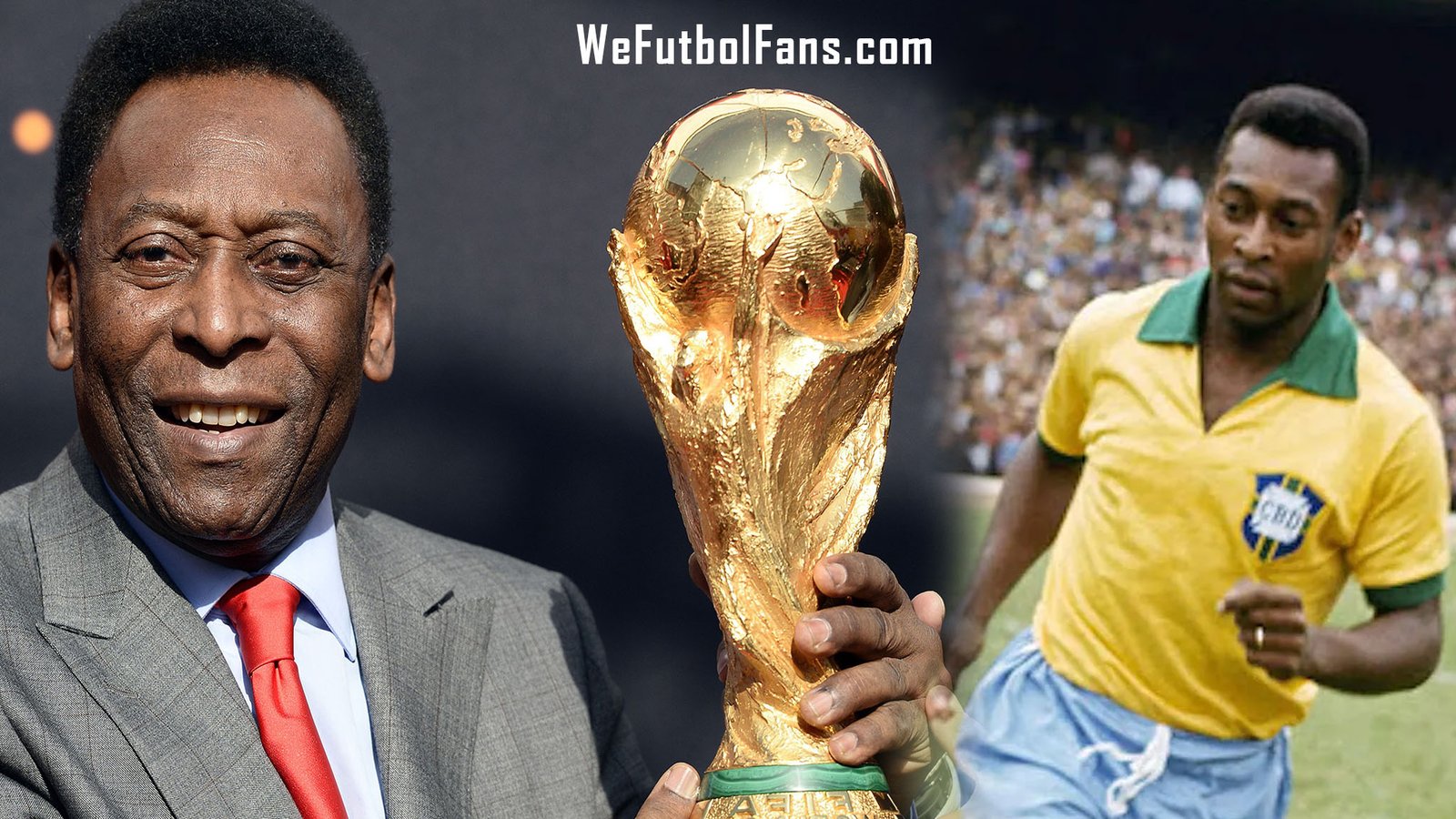 Pelé: Most Wins of the FIFA World Cup by a player

When he played, it was a real pleasure to watch Pelé. He led Brazil to victory in 1958, 1962, and 1970 FIFA World Cups. In 92 international appearances, he ultimately scored 77 goals for Brazil. The illustrious striker had won numerous awards nationally and internationally. At the FIFA World Cup, he set five iconic records that are hard to forget in the world of football.

Here is a look at the top 5 World Cup records set by football legend Pele:

Pelé became the youngest player to score in FIFA World Cup history when he scored in 1958 at the age of 17 years and 239 days. After scoring in the 1-0 win over Wales in the quarter-finals, he was able to achieve this accomplishment.

Pelé set a record for the youngest player to score a hat trick at the 1958 World Cup. The Brazilian star who was 17 years and 244 days old, scored three goals against France in the semi-final. Pelé led his team to the final with a second-half hat trick. He scored in the 52nd, 64th, and 75th minutes of the match.

4. Youngest goalscorer in the Final

Pelé also scored in the 1958 FIFA World Cup final. He scored twice for his nation in a 5-2 win over Sweden, as Brazil won the World Cup for the first time in history. He was just 17 years and 249 days old.

The second-best player receives the Silver Ball award, while the best player receives the Golden Ball trophy at the FIFA World Cup. For Pele, the 1958 edition was unique for a variety of reasons, not only did he break numerous records, but at such a young age, he also made a name for himself in the football world. Pelé received the silver ball trophy at the 1958 FIFA World Cup. Pelé’s team-mate Didi won the Golden Ball while Pele took the Silver Ball.

Also Read: Lionel Messi all records at the age of 35
Also Read: 7 legends who didn’t win the Ballon d’Or