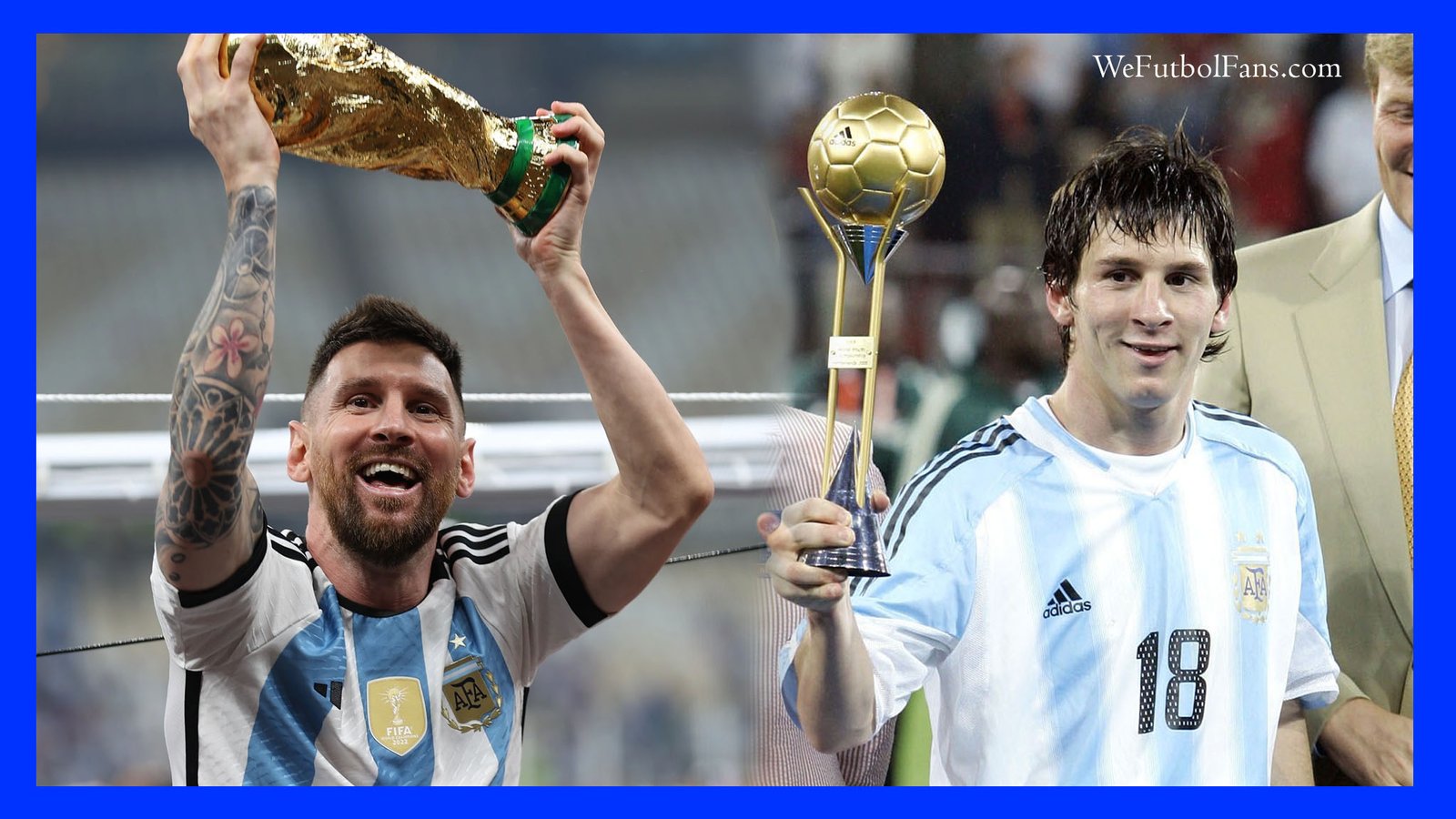 Lionel Messi is a professional football or soccer player who is widely considered one of the greatest players in the history of the sport. He has won numerous awards and accolades for his skill and performances on the field. He has also been named the FIFA World Player of the Year on multiple occasions and has won the Ballon d’Or, which is awarded to the best soccer player in the world, a record seven times. Despite his many accomplishments, Messi is known for his humble and gracious demeanor, and is respected by fans and fellow players alike for his dedication to the game.

In both regular and extra time, the two teams tied 3-3. Through the efforts of Lionel Messi and Angel Di Maria, Argentina scored three goals. Three goals were also scored by France, all of which were by Kylian Mbappe. Argentina ultimately prevailed 4-2 on penalties. The 2022 World Cup trophy is another big and most awaited one that Messi has won for his country and fans.

Leo Messi received constant criticism a few years ago for failing to bring home any significant international honors, but today he has won almost everything for the country and is viewed as one of the greatest players in football history, not only in the club level but also in the national team, and is now compared to legends like Pelé and Maradona, who were hailed as national heroes after winning the FIFA World Cup.

Here are five titles that Lionel Messi has won while playing for Argentina.

The victory in the Under-20 World Cup 2005 was Lionel Messi’s first title with Argentina. In the 2005 tournament, which was held in the Netherlands, he was just eighteen years old.

He received the top scorer award and player of the tournament ( golden ball ) award after scoring six goals in the championship. In the final Argentina won 2-1 against Nigeria he scored both goals for the team in the final match.

Many outstanding players from Argentina participated in the 2008 Olympics in China. Lionel Messi Barcelona star defended the Argentina team at the 2008 Beijing Olympics along with Angel Di Maria and Sergio Aguero, they won a gold medal after beating Nigeria 1-0 in the final.

In the 58th minute, Angel Di Maria scored the game-winning goal for Argentina.

In 2021, they won the Copa America, Lionel Messi won the championship with Argentina after 13 years.

Argentina won the championship by defeating the home team, Brazil, 1-0. Angel Di Maria scored the game-winning goal for the team in the 22nd minute.

With the 2021 Copa America triumph, Argentina’s nearly three-decade-long major title drought came to an end. Messi scored four goals in all, earning him the MVP and leading scorer honors for the tournament.

The following year, Lionel Messi and Argentina defeated Italy, the winners of the Euro 2020 tournament, to claim the Finalissima 2022 trophy.

Argentina managed to beat Italy with a convincing score of 3-0 in the Wembley Stadium. At that time, Paulo Dybala, Lautaro Martínez and Ángel Di María scored the winning goals for Argentina.

Lionel Messi’s title was finally perfect after bringing Argentina to win the 2022 FIFA World Cup. They defeated France in the final match at the Lusail Stadium, Qatar [ 18 December 2022 ].

Argentina beat France 4-2 on penalties after a 3-3 draw over 120 minutes. La Pulga scored two goals in this match.

During the tournament, Messi was able to score seven goals in seven matches. In addition to the world title, Messi, who is 35 years old, also brought home the best player award that is golden ball.

Similarly, Lionel Messi is only player in history to win the Golden Ball twice in the FIFA World Cup

After helping Argentina finish second at the 2014 FIFA World Cup in Brazil, Messi was awarded the golden ball. The fact that the young magician won the golden ball and the championship trophy at the U-20 World Cup in 2005 and the Copa América best player award along with the title trophy in 2021 is just unbelievable and mind-blowing for one of the greatest footballers of all time.