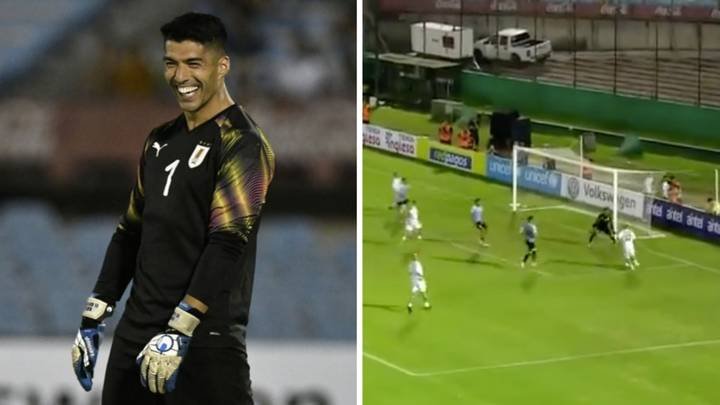 The match brought Uruguay together with International Friends XI. Suarez who usually appears ferocious when in Barcelona provides a different spectacle for the audience. Reported by Sportbible, Monday (12/30/2019), he was lined up as a goalkeeper. In the second half, Luis Suarez made some impressive saves, as well as some funny mistakes.

Uruguay TV station @teledoce has posted a number of Suarez action clips under the crossbar to enjoyed.

He looks good, but sometimes he also makes blunders. The match ended with the score 6-6. Diego Forlan scored the last goal of his farewell match.

However, it was not Forlan’s goal that came under the spotlight. It was precisely Luis Suarez  ‘s action that made headlines.

Nine years ago, Luis Suarez had sparked controversy because of action like a goalkeeper. Of course at that time he did not play a role as a goalkeeper, but became a mainstay striker Uruaguay National Team.

At that time Uruguay faced Ghana in the quarter-finals of the 2010 World Cup. When there was chaos in the Uruguay penalty box, then the ball will go into the goal, Luis Suarez spontaneously dismissed the ball.

He then received a red card for the action and Ghana received a penalty. However, Asamoah Gyan’s penalty failed to produce a goal and Luis Suarez cheered with joy in the players aisle.

Uruguayan TV station Teledoce tweeted out clips of Suarez between the sticks. To be fair to the Barcelona marksman, he didn’t stand a chance with some of these bangers from Forlan and co.