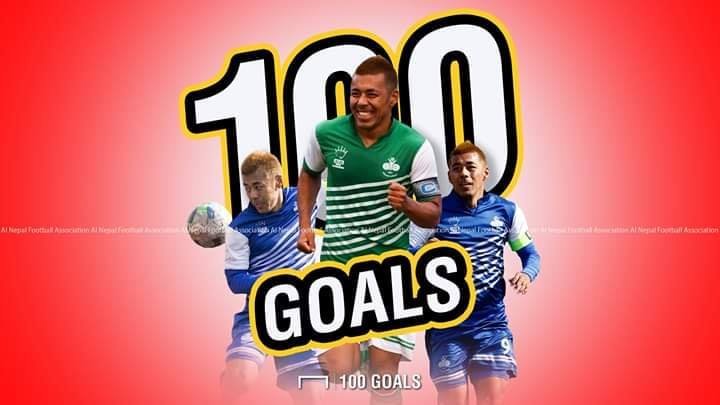 Santosh Sahukhala makes century goals in Nepal’s top division. In the on going Martyr’s Memorial A Division League today Santosh Shaukhala scored 2 goals against police club. With 2 goals he have 101 goals in the league.

Before he scored 2 goals against sankata and 1 more goal with Machindra Club. What you think from his performance in the league. Can he make into the national team again?