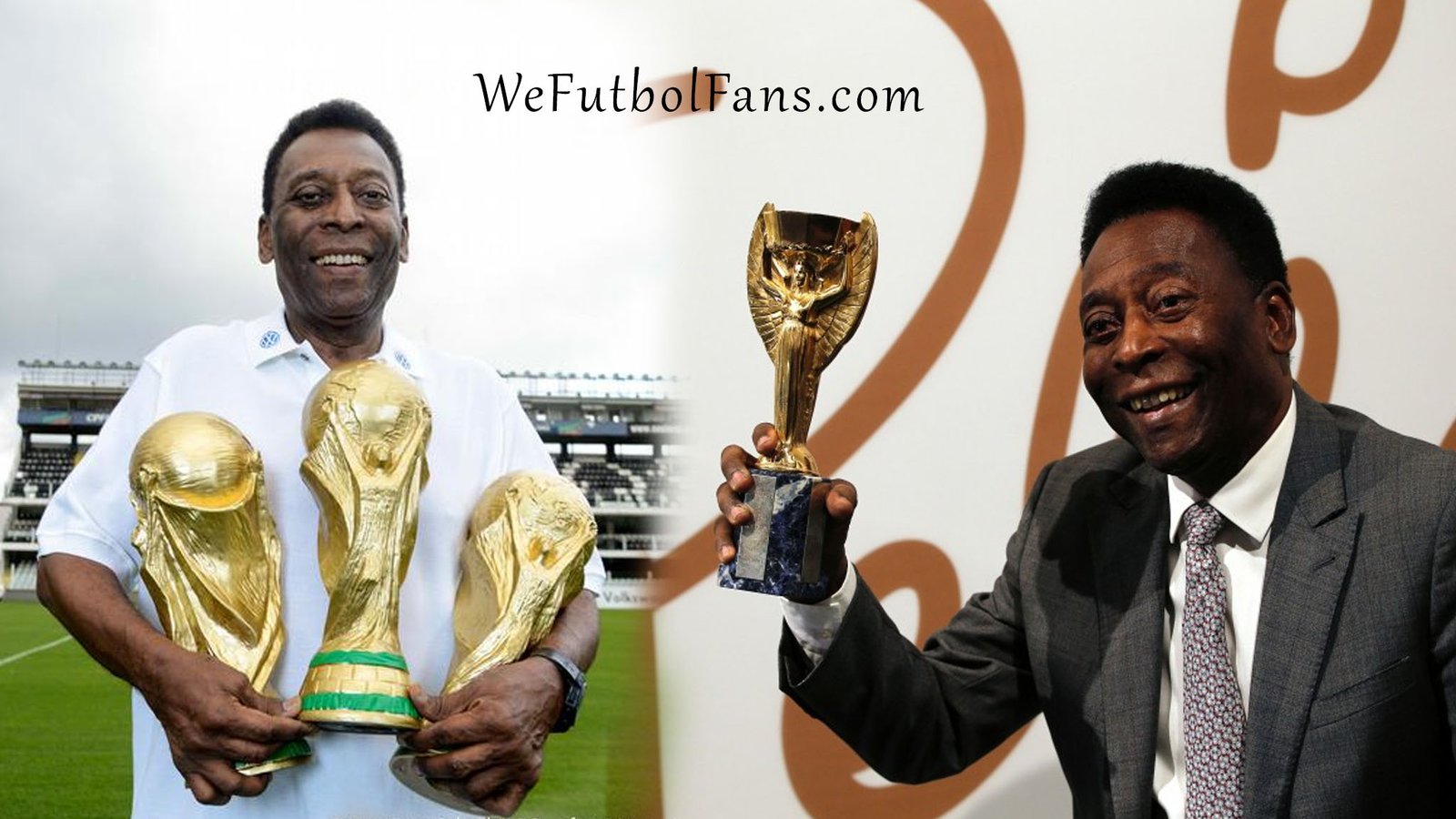 Pelé was born Edson Arantes do Nascimento on 23 October 1940, in Três Corações, Minas Gerais, Brazil. Every time the subject of football’s best players comes up, Pele immediately comes to mind. The legendary Brazilian is certainly a maestro – and inventor – of the beautiful game, whose celebrity transcended the field.

He received the nickname “Pelé” during his school days, when, it is claimed, he was given it because of his pronunciation of the name of his favorite player, local Vasco da Gama goalkeeper Bilé, which he misspoke, but the more he complained the more it stuck. In his autobiography, Pelé stated he had no idea what the name means, nor did his old friends.

Pele spent the majority of his career with the Brazilian team Santos, appearing 660 times and tallying 643 goals between 1956 and 1974.

Pele joins the New York Cosmos in 1975, where his acquisition of silverware didn’t stop. He played for the North American Soccer League team for three seasons, taking home the Atlantic Conference Championship and the N.A. Soccer League Bowl in 1977.

The great striker is known as the synonym of the FIFA World Cup because he has won it three times in total, a record that has yet to be broken. Pele participated in four World Cups, winning them in 1958 (his first appearance), 1962, and 1970, respectively. His record-breaking three World Championships are accompanied by an exceptionally remarkable 12 goals and ten assists in 14 appearances.

Pele, on the other hand, never won a Copa America title with Brazil, which went 40 years without winning the competition between 1949 and 1989, but he did win the Taca do Atlantico (a minor tournament for South American sides) in 1960, as well as various other inter-federation competitions.

Altogether, Pele has won a total of 26 trophies while playing for the club and the country.

Pele, surprisingly, never won a Copa America (or, as it was known at the time, the South American Championship), with Argentina and Uruguay dominating the competition during his playing days.

In addition, the renowned forward never competed in the Olympics.

Breakdown of Pelé’s goals for Brazil