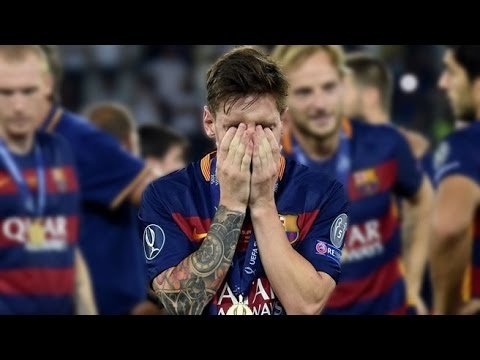 No Comments on Lionel Messi comes to a decision of leaving BarcelonaPosted in International Football By Luca MadisonPosted on July 3, 2020July 3, 2020

The Spanish radio station Cadena Ser blow up a surprise and shocked the Barcelona fans with their talk about the decision of the Argentine legend Lionel Messi to leave Barcelona.

The source indicated that Messi has suspended negotiations to renew his contract with Barcelona. It is believed that he wants to leave Barca at the end of the next season 2021.

Messi and Barcelona over the new contract were going very well and understanding. But recent events have made the flea reconsider everything and stop the negotiations at the present time. Messi told his closest colleagues in the locker room that he did not want to become a problem for the club. Meanwhile, he wanted to stay as long as they wanted him in Barcelona.

Messi’s contract expires at the end of the next season in the summer of 2021. The 33-year-old scored 630 goals for Barca, the club’s legendary goalscorer. He spent his entire career inside the Camp Nou.

Lionel Messi comes to a decision of leaving Barcelona