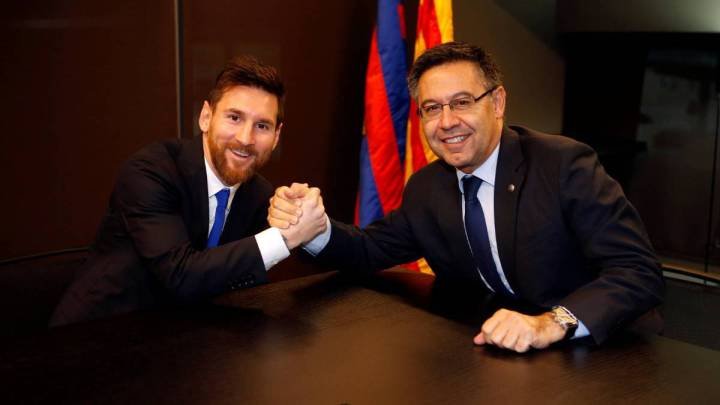 President of Barcelona Josep Maria Bartomeu claims Lionel Messi has always expressed a desire to retire at Camp Nou amid doubts over his future. Contract of Messi with Barca is until 2021. But news emerged claiming the six-time Ballon d’Or winner wants to leave the club at the end of this season.

The issue of Messi wanting to leave Barcelona was first reported by one of the Spanish media, Cadena SER. In its report, Cadena SER said Messi did not want to extend his contract at Barcelona and chose to leave the club.

After the rumours spread, Messi is said to be moving to Juventus. Or returning to Argentina to defend his childhood team, Newell’s Old Boys. Rumours are getting hotter following the news of the cold war between Messi and Barcelona coach Quique Setien in recent weeks.

Quoted from the Goal, Messi is also said to dislike the leadership of Bartomeu as president of Barcelona. Messi is said to be waiting for Barcelona’s new presidential election which will be held in 2021 before determining his future. Seeing the various rumours circulating, Bartomeu made sure Messi still wanted to retire at Barcelona. Bartomeu said the Barcelona management is currently trying to complete negotiations on a contract extension with Messi.

“I am not going to explain the details of what is happening every week. There are negotiations with many players,” Bartomeu told Movistar.”Messi has always expressed that he wants to end his career at Barcelona.”