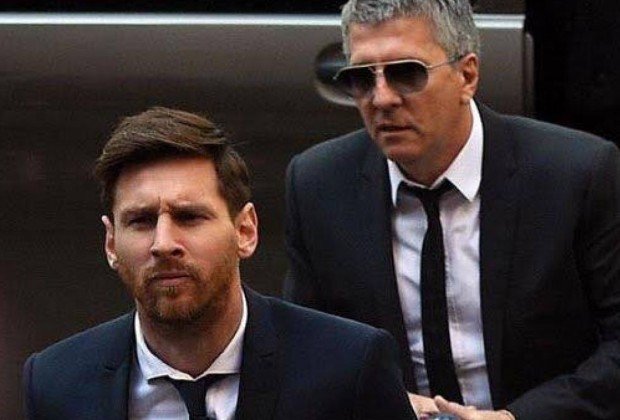 Jorge Messi arrived in Barcelona this morning to discuss the crisis surrounding his son’s future at the Nou Camp.

After Lionel Messi submitted an official transfer request to Blaugrana, trying to end their 20-year cooperation, the sports world has been in tenterhooks status.

Messi Snr, also an agent of the Argentine superstar, was photographed on a private jet in Argentina on Tuesday night for Spain. Jorge Messi landed in Barcelona to negotiate a showdown about the future of his son Lionel he said he don’t know anything.

Jorge Messi is in Barcelona now. He is expected to meet Bartomeu very soon to negotiate the exit of Messi. #FCB 🤝🔜

Although Messi’s current deal actually expires in 2021, there are differences of opinion on whether Messi is capable of transferring from Catalonia for free this summer.

When he made his first public appearance since the press release, he just said: “Guys, I don’t know anything.”

As a result, although Messi seems to want to move to Manchester City, a lot of discussions between the players and the club are needed to really lay the escape route.

Also Read : Reasons Why Barcelona Don’t Want To Sell Messi
Also Read : Messi’s farewell would not be the same as Cristiano’s

Lionel Messi has told his father that he has decided to join Manchester City and will turn down PSG, according to L’Equipe 😱

Lionel Messi’s father and agent has touched down in Spain for crunch talks with the Barcelona hierarchy over his son’s future.

Also Read: Is it time for Ronaldo and Messi to go to Asia?
Also Read: 5 clubs who want to sign Lionel Messi