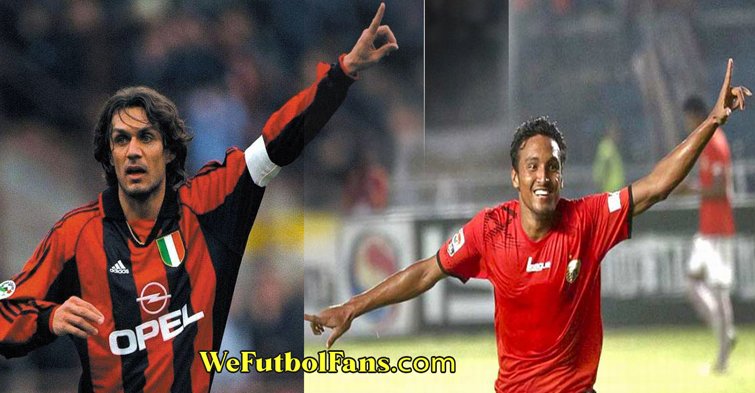 Coming from the sports-crazy Surkhet village in Western Nepal, Rohit Chand is a footballer who represents Nepal National Team and Indonesian club Persija Jakarta. 28 years old Chand has been wearing Nepal’s shirt since his debut in 2009. Nicknamed as the Himalayan Tiger Chand has been representing the capital club of Indonesia Persija Jakarta from 2013.

Rohit himself is a foreign player who has defended the Kemayoran Tigers (Persija Jakarta) the longest. Chand has had two periods of strengthening Persija Jakarta which is 2013 to 2015 and 2017 to present. Chand is also the second most capped player in Nepali National Team behind skipper and goalkeeper Kiran Chemjong.

“When I was a kid I really admired him. He remains my role model to this day, “said Chand as quoted by FIFA.COM official website. “For me, he is more than just the best defender ever. As I grow up, I have learned to appreciate his personality, leadership, and the highest level of Diligence,” Chand added.

Paolo Maldini and Rohit Chand have different positions. Rohit Chand is a midfielder and Maldini has been a defender in his career. Rohit also started as a defender when he played for Nepal National Team in his early age. Later, he was deployed as a midfielder by Persija Jakarta.

In Persija, he has achieved a lot of success. He had played an important role for Persija Jakarta before making them the champions of Indonesian Liga 1 2018. Rohit was named the best player in the Indonesian League 2018 the same year after making Persija Champions of Indonesia. Chand was also the key player of Kemayoran Tigers that won the 2018 Presidential Cup.

Next post Messi’s Father In Barcelona for showdown talks