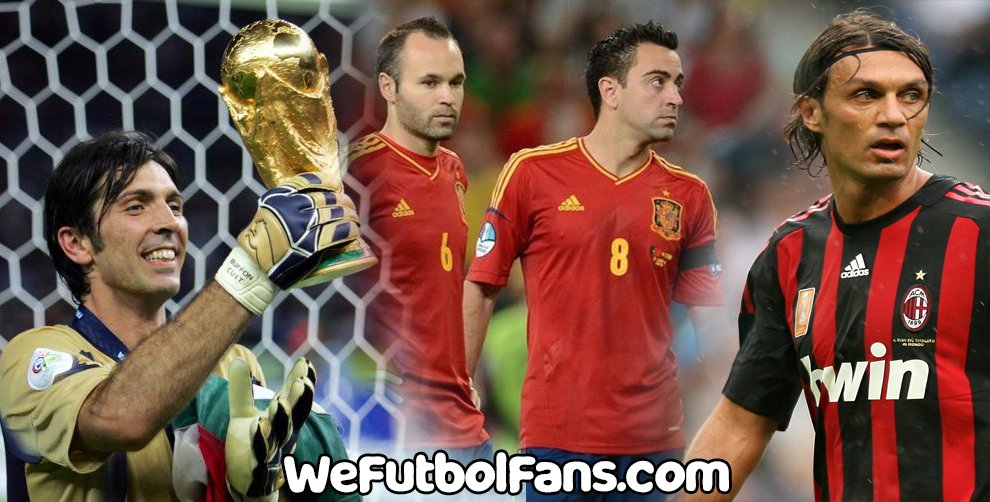 Lifting Ballon d’Or is not easy. It requires hard work and consistent performance throughout the year. Not only that, the trophy collection for a year is also very important. The Ballon d’ Or Award is one of the personal achievements.

In order to raise this famous trophy, football players in the world are trying hard for their best performance. It is not just the big names in football who wins this prestigious award but also their performance in the field.
–Below is a list of 7 legendary footballers who never tasted the Ballon d’Or awards.

Note: 1991 is the year when the FIFA Player of the Year Award arrived and it was too late, neither Pele nor Diego Maradona qualified to win the Ballon d’Or. Since its establishment in 1956, the “Ballon d’ Or” was only given to European players playing in Europe.

7 Legendary Footballers who never won the Ballon d’ Or award

Paolo Maldini is the iconic footballer from Italy and also the icon of AC Milan. He has won five UEFA Champions League trophies in AC Milan. The iconic defender has also won seven Serie A titles. In 2003, he was named in the polls of Henry and Nedved and ranked third.

Despite his legendary status in Real Madrid and Hungary, he has never won a Ballon d’Or. The closest he got was the second place in 1960. The Hungarian star was one of the best footballer in the 1950s. He won everything that could have been won at Real Madrid.

The highest goal scorer in the history of the UEFA Champions League was Raul Gonzalez (now broken by Messi and Ronaldo) was the idol and source of inspiration for everyone in Real Madrid. He has won all the possible titles for Real Madrid and has many club records, but he never got his hands on Ballon d’ Or award.
The closest he came to the Ballon d’Or was second in 2001 where he lost to Liverpool’s Michael Owen.

Between 2008 and 2010, three consecutive third places are the best results that Barcelona and Spain’s midfielder Xavi achieved in Ballon d’ Or award. The Spanish superstar won the 2008 European Cup, the 2010 FIFA World Cup, and the 2012 European Cup but he also finished third in three of the Ballon d’Or rankings.

The only goalkeeper to win the award was Soviet professional footballer Lev Ivanovich Yashin, nicknamed the “Black Spider” who won the Ballon d’ Or in 1963. Italy and Juventus legend Buffon won the FIFA World Cup in 2006 but his captain and central defender, Fabio Cannavaro defeated him and Buffon finished as a runner-up. Cannavaro won with 173 votes, Buffon trailed by 124 votes.

Neymar and Mbappe: Successors of Messi and Ronaldo at the Ballon D’Or https://t.co/QQuZpWUqgG