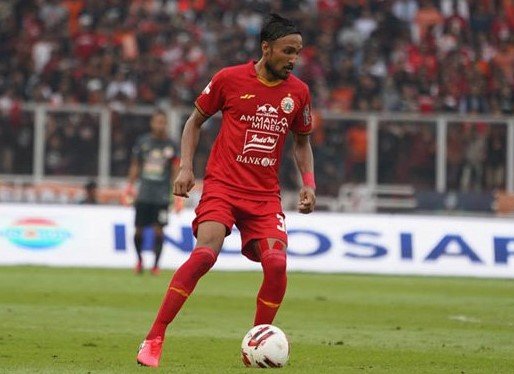 Persija Jakarta midfielder Rohit Chand mourn the decision of young Nepalese footballers who immediately feel satisfied when they get into the National Team.

According to Rohit, the minimum attention paid to food and rest can make a young player’s career not long. He then compared the attitudes of five that young player with Indonesian young player.

“Factors like that are very important for players to be better. In Indonesia, players are dedicated to commitment. That makes me motivated.” I have to work hard, “Rohit said

“If I had felt satisfied just because I entered the national team, I might not get what I have at the moment. “It made me leave Nepal and play in Indonesia, Malaysia and India. I want to praise myself, and that is an important key in building the character of the player.”

According to Rohit Chand, do not be satisfied quickly this is what makes players successful. Secondly, fight out of the comfort zone to add to the playing experience and all of that you must be with discipline and hard work.

Who is Rohit Chand?

Rohit Chand Thakuri (born 1 March 1992) is a Nepalese professional footballer. Chand plays as a midfielder for Liga 1 club Persija Jakarta and the Nepal national team. During his teenage years, Chand was heavily linked to clubs such as Arsenal, Tottenham, Lille and all the other premier league clubs.  Chand awarded as The Best Player of The Year on Liga 1 2018 (the highest level of Indonesia football competition.

Also Watch Rohit Chand Defending, Runs, Skills When he was 17