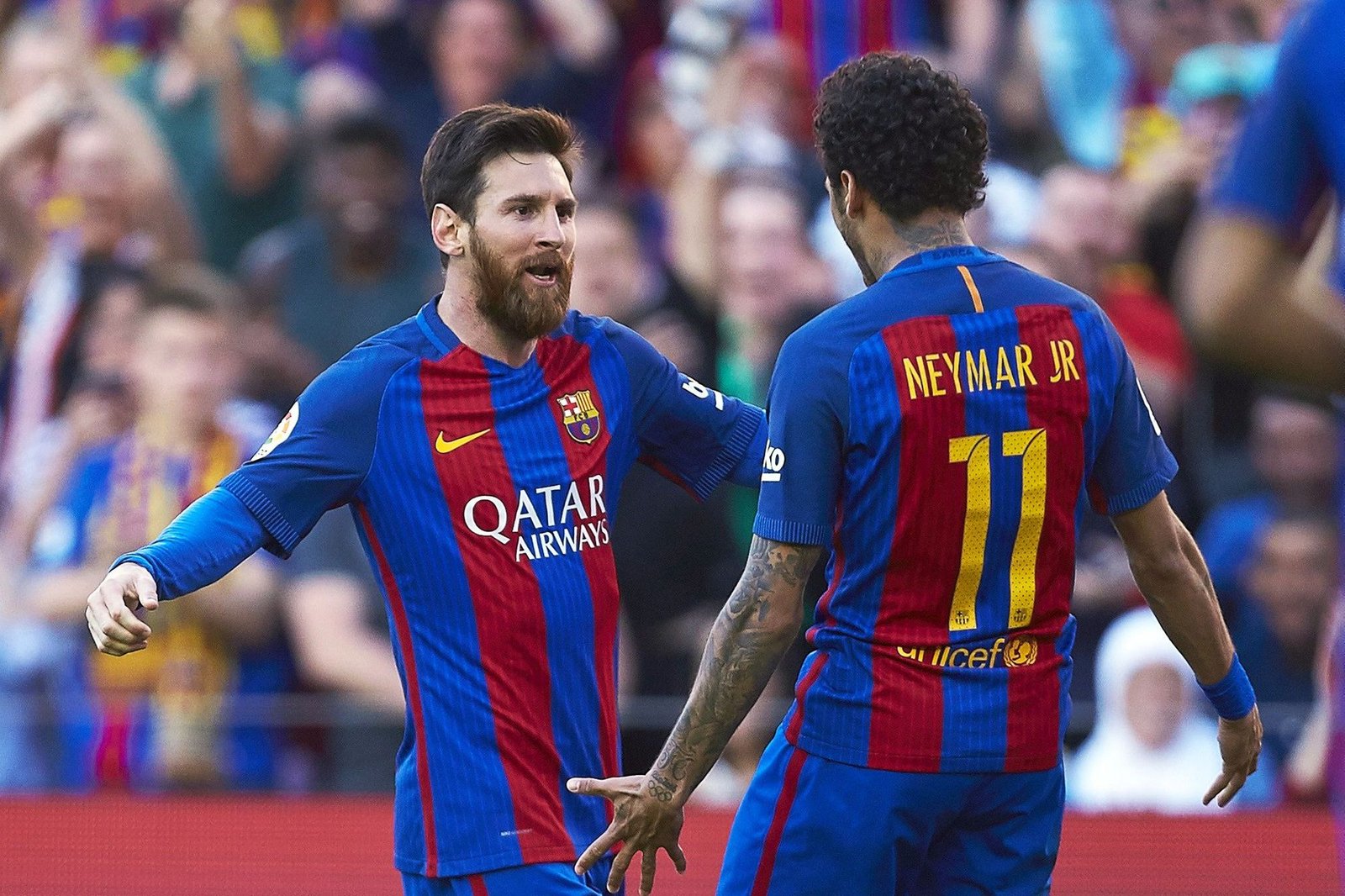 No Comments on Only Neymar Jr. Can Save Messi and Barcelona NowPosted in La Liga By Sudip DhakalPosted on July 20, 2020July 20, 2020Tagged messi neymar, neymar and messi goals, neymar suarez messi, neymar to barcelona

Former Barcelona star Dani Alves is very familiar with the turmoil experienced by Messi when Barca failed to win LaLiga 2019/2020.

Alves believes there is only one player who can help Messi to make Barcelona a giant again at LaLiga and the player is Neymar.

Neymar has a sweet history when strengthening Barcelona in 2013-2017. At that time, Barcelona had a front-line trio nicknamed MSN (Messi, Suarez and Neymar) who were greatly feared by opponents.

“I convinced Neymar to return to Barcelona. He got a very big offer from Real Madrid. I said him if he wants to be happy he must come to Barcelona,” Alves said.

“Everyone knows that Neymar can help Barcelona and Messi to become giants again in Europe. Barcelona will be a balance team with Messi and Neymar. With both players, Barcelona is like playing with 13 people,” he added.

The peak performance of the MSN Trio occurred in the 2015 season when they won the treble winner. LaLiga, Copa del Rey and Champions League. The success that made Barcelona look so superior to the other top teams in the world.

Neymar left Barcelona at the end of the 2016/2017 season. He surprisingly left the Nou Camp Nou after receiving a Paris Saint-Germain offer worth 222 million Euros which made him the most expensive player in the world.

At PSG, Neymar was able to help the team maintain its dominance in Ligue 1. He successfully helped PSG to win the Ligue 1 title for three consecutive seasons. This season, Neymar recorded 15 appearances and scored 13 goals.

Also See: All lucky players who played with Messi and Ronaldo

Only Neymar Jr. Can Save Messi and Barcelona Now