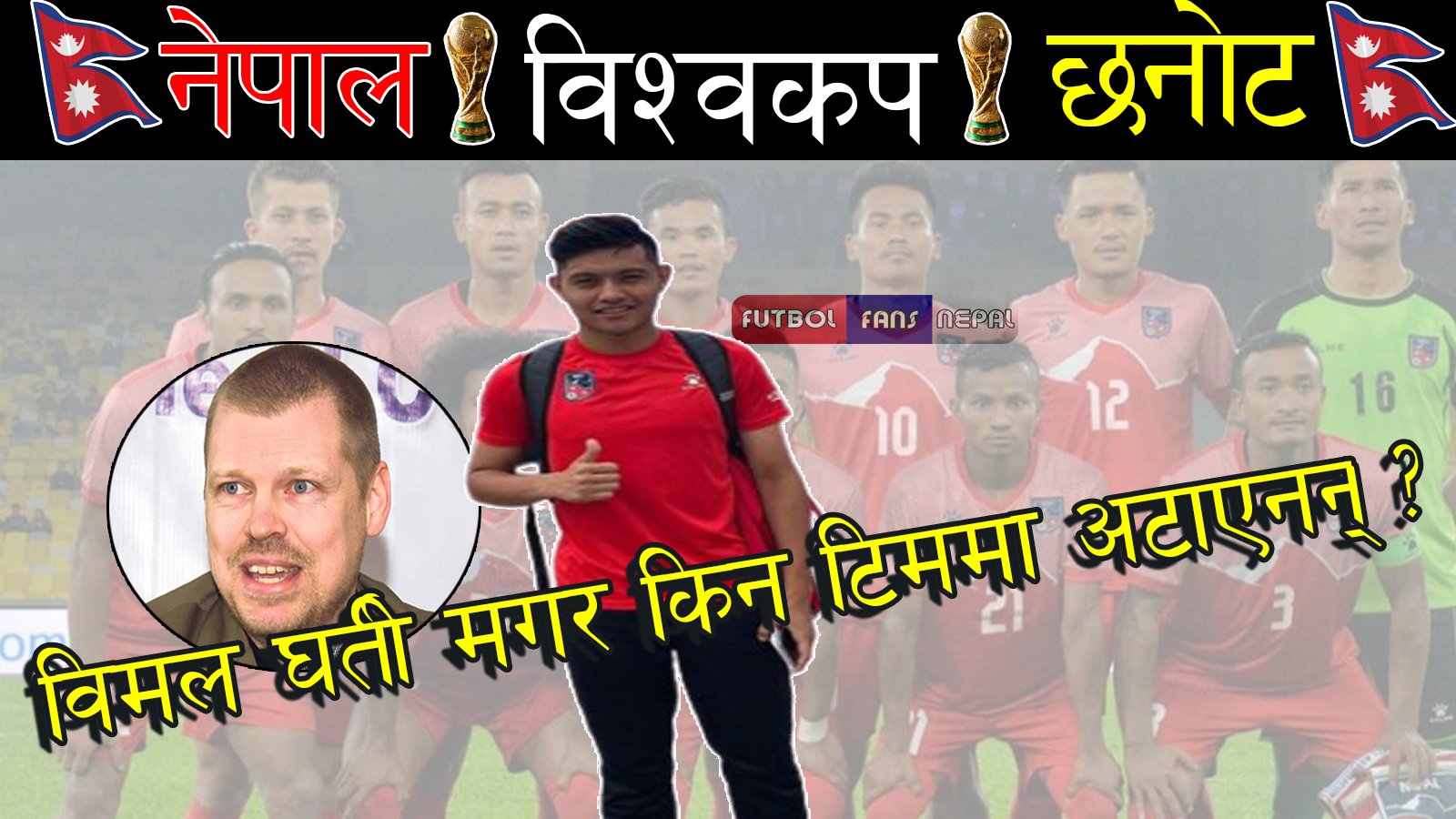 No Comments on Why Bimal Gahrti Magar not included in the Team?Posted in International Tournaments By Luca MadisonPosted on July 26, 2020July 26, 2020

Nepal is starting their preparation for World Cup and Asian Cup Qualifiers from next month.

The Gorkhalis who are in Group B under the qualifiers, have yet to play their last three matches where Nepal will play remaining three games at its home ground, Dasharath Stadium. In the first five games, Nepal has added 3 points with 1 win and 4 losses. Team Nepal ranks fourth in the group of five nations.

Preliminary squad for the Camp:

Why Bimal Gharti Magar not Included in the Preliminary squad

Bimal Gharti Magar, born on 26 January 1998) is a Nepalese footballer. He plays as a forward for Nepal national team. Magar was the product of Central ANFA Academy, which is controlled by the All Nepal Football Association (ANFA). Bimal is also the sixth youngest male scorer and international debutant in the world. Youngest Nepalese player to debut (at the age of 14) and score (at the age of 15) for Nepal.

Magar is a pacey left-footed striker who is notable for his agility and acceleration. For this reason, he is often played as a forward, secondary striker, or winger. Magar is also technical in his finishing and shooting ability, as well as physical with tactical with off-the-ball intelligence and cuts. Overall, his professionality mentality has earned him a multitude of trials at various UEFA club academies and youth team place in Belgium giants Anderlecht, as well as earning the role as skipper in most of his national youth teams.

Why Bimal Gahrti Magar not included in the Team?