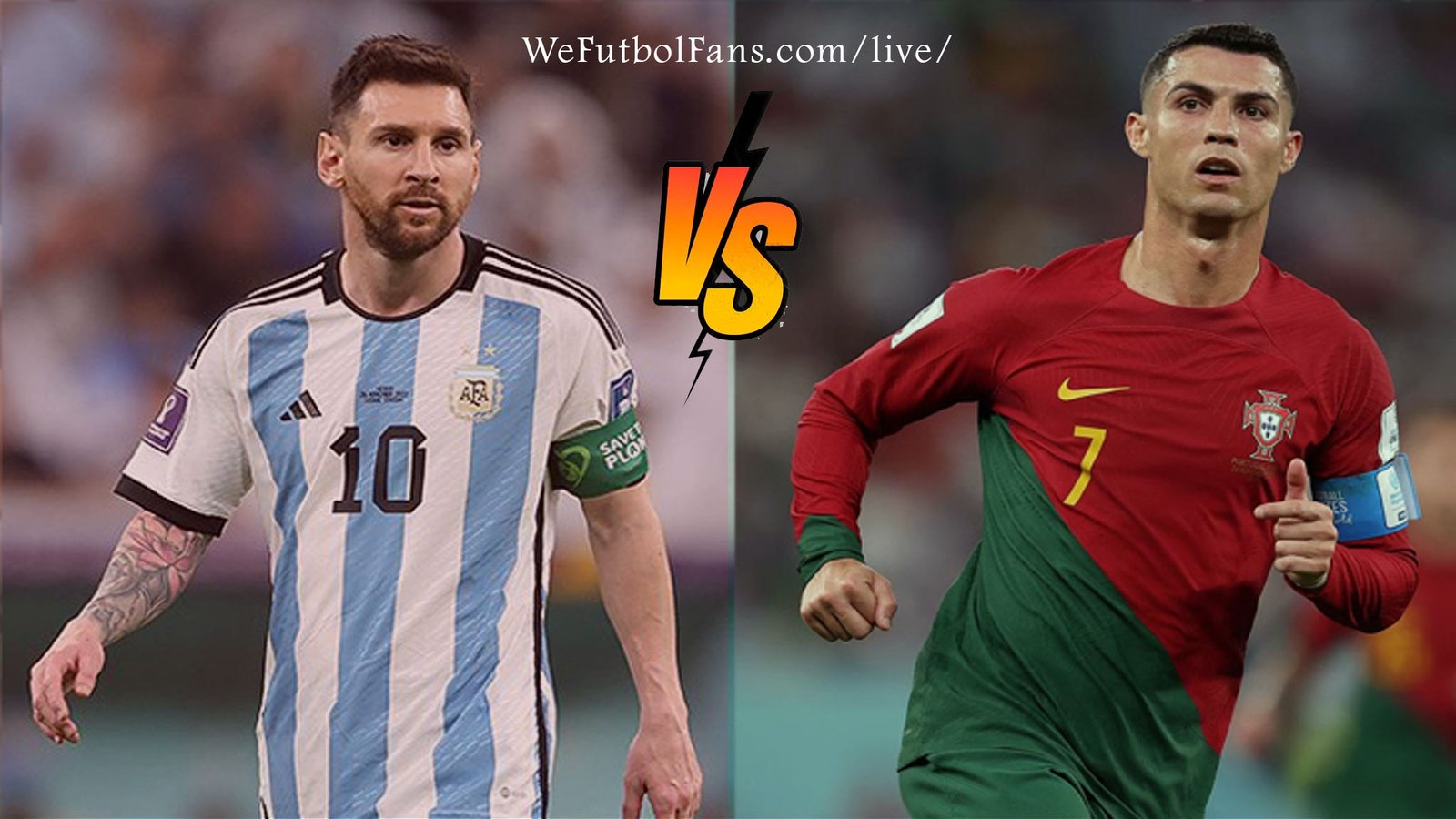 Messi vs Ronaldo Goals and Stats in Games vs Each Other

The first game featuring Lionel Messi and Cristiano Ronaldo occurred on April 23, 2008, at the Camp Nou stadium in Barcelona, Spain. It was the first leg of a UEFA Champions League semi-final. The match between Messi and Ronaldo ended in a 0-0 draw, and to this day it remains the only match with a goalless draw featuring both players.

Ronaldo’s team won a game against Messi’s team in the second leg at Old Trafford and then went on to win the Champions League defeating Chelsea in a Penalty shoot-out that year.

It didn’t take Messi long to get revenge for the previous loss. The following year 2009 Champions League, Messi’s team won against Ronaldo’s Manchester United in the final (2-0), and Messi scored a goal in that game. It was the first time Messi had scored against a team that Ronaldo was on.

During an international friendly between Argentina and Portugal in February 2011, Ronaldo scored his first goal against Messi. Messi also found the back of the net in the match, it was Argentina who emerged victorious with a 2-1 score-line.

“In head-to-head matches, Messi has outperformed Ronaldo in terms of goals scored, assists made, and wins, with higher numbers in all three categories.”

“In every tournament except for the Copa del Rey, Messi has a winning head-to-head record against Ronaldo.”

Out of the 36 total games played between Messi and Ronaldo, half of them occurred in Spain’s La Liga while they were representing Barcelona and Real Madrid respectively. In these 18 matches, Messi had the advantage as his team won 10 times and only lost four. Additionally, Messi scored more goals than Ronaldo in these games, with a total of 12 compared to Ronaldo’s 9.

In the UEFA Champions League, Messi and Ronaldo have faced off a total of six times, with each player earning two wins and two draws. However, Messi has outperformed Ronaldo in terms of goals scored, netting three in these matches compared to Ronaldo’s two.

Who has won more head to head games Messi or Ronaldo?

Out of the 36 matches played between Messi and Ronaldo, Messi has had the upper hand with 16 wins while Ronaldo has recorded 11 wins. This record has sparked discussion and debate among fans and has remained a popular topic of conversation.

Who is No 1 Messi vs Ronaldo?

The rivalry between Lionel Messi and Cristiano Ronaldo is a highly publicized competition in the world of football. Both players are known for their impressive records and success on the field, and they spent almost 9 years of their prime careers playing for rival clubs Barcelona and Real Madrid, leading to regular head-to-head matchups. Fans and the media often debate which player is the better of the two, and while opinions may differ, most football critics agree that both Messi and Ronaldo are the best players of their generation and stand out above their peers.