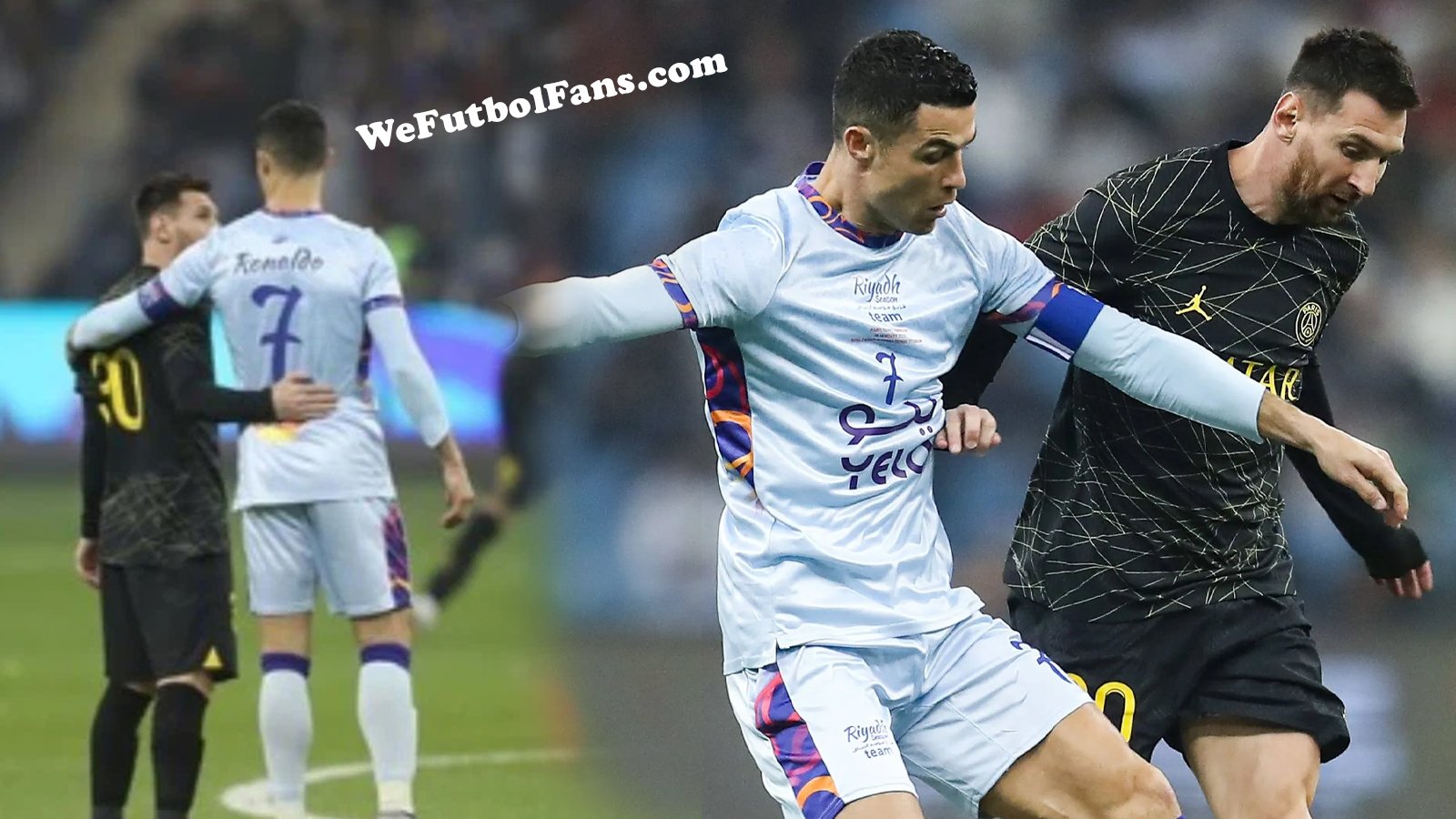 Cristiano Ronaldo and Lionel Messi were happy to see each other again in Saudi Arabia. Cristiano Ronaldo, who is 37 years old, played in an exhibition match with Paris Saint-Germain in the Middle East as the captain of a Riyadh All-Star XI team.

Many people watched the match between Ronaldo and Messi because it might have been their last game together. The match was exciting and ended with a score of 5-4. Ronaldo and Messi have been very successful in football for many years and have often been considered the best players. They have helped each other improve and have dominated the sport for a long time.

Two players, rivals on the field, but cool and respectful off it, as they were seen embracing before the game began.

Cristiano Ronaldo on his Instagram account “So happy to be back on the pitch, and on the score sheet !! And nice to see some old friends!”

Messi also posted on his Instagram story a video of the two players hugging.

The football game between Messi and Ronaldo’s teams was exciting. Messi scored early, then Ronaldo had a chance to score. Ronaldo scored a penalty kick to level the game, but PSG regained the lead. Ronaldo scored again before halftime to make it 2-2. In the second half, PSG scored 3 more goals, and the Saudi team scored 2. The final score was 5-4 in favor of PSG.