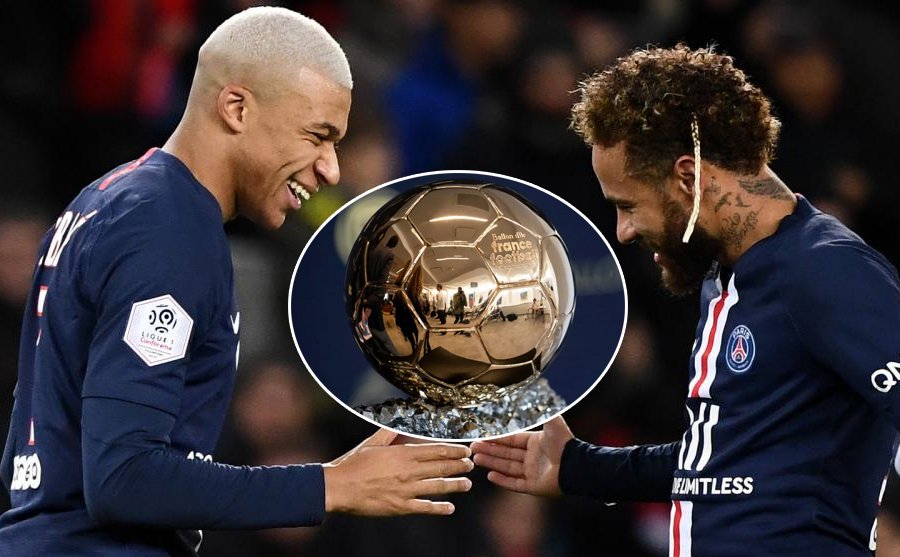 6 Comments on Neymar and Mbappe: Successors of Messi and Ronaldo at the Ballon D’OrPosted in Ballon d' Or By Luca MadisonPosted on October 9, 2020October 9, 2020

Ballon d’Or is the personal award that every football player desires most. In the past decade, Cristiano Ronaldo and Lionel Messi have won this award the most. There will be new Ballon d’Or winners in the future, including young players who are now showing extraordinary.

Kylian Mbappe is considered by many experts to be the most talented player of his generation. Although he is only 21 years old, he is already one of the best players in the world. The French forward’s style of playing is on a par with Thierry Henry, Ronardo Nazario, and Pele, and he became the best at a very young age.

Mbappé is known for his excellent dribbling ability, incredible speed and strong running speed. He is an excellent dribbler and possesses all the physical attributes for success in modern football games.

After appearing as a winger in Monaco, Mbappe’s playing position changed to pure spear, as did legend Thierry Henry at Arsenal. In his new place he became even more famous. Mbappe won the FIFA World Cup 2018 and several league titles in France.

Can Neymar Win Ballon d’ Or in the future?

Neymar started his career in Santos, then expanded in Barcelona, ​​moving to Paris Saint-Germain in 2017 with a record transfer fee. This decision was considered weird because he left the charming La Liga and joined the less popular Ligue 1. In fact, he still shines and steals attention when playing PSG. Neymar Jr. is very talented in handling the ball and can play the role of a playmaker.

Neymar also showed that he can handle things with his own and achieve outstanding performance before scoring a goal. He is expected to be the heir to the throne of Lionel Messi when he first appeared and became the most influential striker in the world at the time.

Mbappe and Neymar will win the Ballon d’ Or in the next few years because of their extraordinary talent.

6 thoughts on “Neymar and Mbappe: Successors of Messi and Ronaldo at the Ballon D’Or”