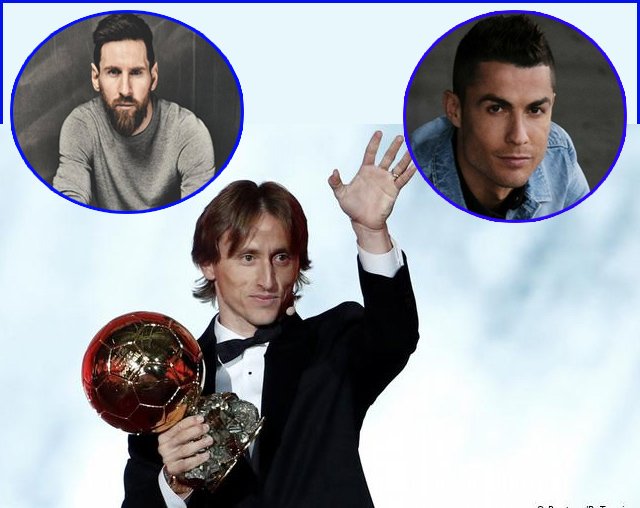 There were two empty seats in the front row during the coronation ceremony of Luka Modric. Croatian won the Ballon d’Or 2018 on December 3, 2018. The curse was originally for Lionel Messi and Cristiano Ronaldo, but both did not come. The news circulating, the two superstars boycotted the ceremony.

It was well known that Lionel Messi and Cristiano Ronaldo would finally be overthrown that night. And both refused to testify for removal at the abandoned Grand Palace in Paris.

According to media reports, Messi intentionally did not attend the award ceremony for the best player held at the Grand Palais, Paris, France, citing a family event. At the same time, Messi uploaded a photo with his two children, Thiago and Mateo, on his Instagram account.

Also Read: Will Mabappe dominate the Ballon d’ Or after Messi and Ronaldo?
Also Read: Is it time for Ronaldo and Messi to go to Asia?

As for the Porugese super-star, Ronaldo, admitted that he refused to give the title to Luca Modric even though in the vote the Portuguese international only got 476 votes, while Modric collected 753 votes.

Meanwhile, for Luca Modric, the Ballon d’Or was an acknowledgment that he was the best player in the world in 2018. He was awarded the Ballon d’ Or for his wonderful performance at the FIFA World Cup 2018 in Russia and with his club Real Madrid.

Next post Neymar and Mbappe: Successors of Messi and Ronaldo at the Ballon D’Or

Cristiano Ronaldo can win Ballon d’ Or with Juventus