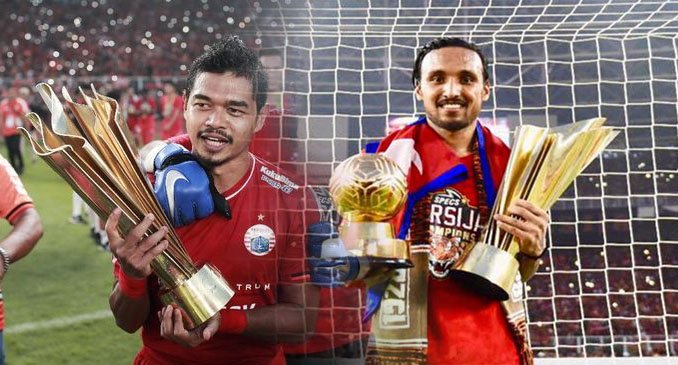 Persija Jakarta has twice recorded being the best in Indonesia League in the last 20 years, the first in 2001 and another in 2018. Nepal international Rohit Chand and Indonesian legend Bambang Pamungkas were awarded as the best player in the League in two different winning seasons. In 2001, the Kemayoran Tigers won after beating PSM 3-2. Meanwhile, in the 2018 season, the club that was proud of Jakmania returned to top Indonesian football after winning the Indonesian League.

The two titles are more perfect because they coincide with the award for Persija players to be the best players in Indonesia. In 2001, young Bambang Pamungkas who was only 21 years of age was awarded the best player. This award was given to Bepe because he was very consistent in that season. One of the best matches occurred in the final, scoring 2 of Persija’s 3 winning goals. Being the best player, Bep won the title of best scorer after scoring two goals that season. Very special for him because that was his first season with Persija.

At the same time, after 17 years, Persija’s players back to their best. The picture is of Nepal national team player Rohit Chand. Rohit defeated his two competitors, Jan Prum and David Da Silva to win the best player of Liga 1 2018. In the 2018 season, Rohit played 31 games and scored 3 goals. Rohit played an important role in balancing the team Jakarta and deserved that award.

In 2020, both Bepe and Rohit are still in Persija, but in different positions. Bambang Pamungkas is now the team manager, and Rohit continues to supervise Persija’s mid-field department.

Previous post Neymar and Mbappe: Successors of Messi and Ronaldo at the Ballon D’Or