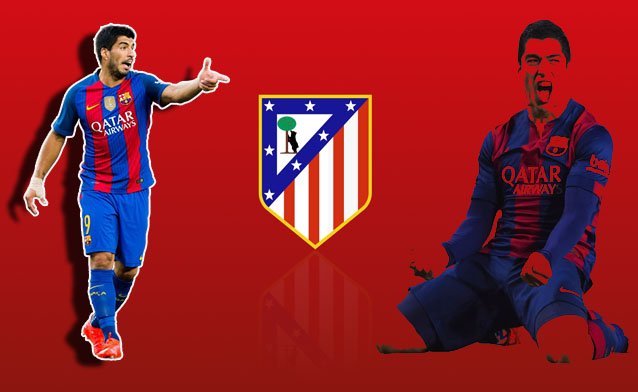 Suarez joined Barcelona from Liverpool for £75 million in 2014 and helped the club win four Spanish League-La Liga titles, four Copa del Rey, and Champions League in 2015. Due to passport issues, he failed to transfer at Juventus, the Uruguayan agreed with Atletico Madrid to reduce wages.

He scored an amazing record of 198 goals and 109 assists in just 283 games for the Barca. Suarez scored 21 goals and 12 assists in 36 games the previous season. According to reports, although the Uruguayan is one of the most reliable goal scorers in European football, he was told that the Uruguayan has no future at the Nou Camp under the leadership of the new coach Ronald Koeman.

Barcelona’s president Josep Maria Bartomeu had blocked the deal after he failed with Juventus because he did not want to sell to Spanish competitors. However, after meeting with Suarez’s representatives, the Catalan club retreated and the forward threatened to express his dissatisfaction with the media. For the 33-year-old player, Atletico will need to pay a nominal fee of no more than 6 million euros. This will be based on variables such as the UEFA Champions League.

Barcelona issued a statement thanking the Uruguayan superstar for his memorable time at the club. “FC Barcelona would like to publicly thank Luis Suarez for his dedication and commitment to Barca. Wish him all the best in the future.” “Luis Suarez will leave Barcelona after six glorious seasons. He played a key role in winning thirteen major trophies for us.”

After the most famous trio in football history lost Neymar to PSG in 2017, Suarez, 33, was forced to be eliminated at a low price of £5.5 million. The 33-year-old player was in the final year of trading at the Nou Camp. He had faced an uncertain future since the end of last season. The Uruguay international has achieved great success, winning four league titles and the Champions League, which is part of the 13 trophies won by him with Barcelona in six seasons.

Suarez’s best year was 2015-16 when he scored 59 goals in all competitions for Barcelona. It was higher than his teammates in the famous “MSN” trio, ​​which included Lionel Messi and Neymar.

Suarez will hold a farewell press conference before moving to Atletico. He ranks third in Barcelona’s best scorer ever list. He is just behind Lionel Messi and Cesar, who scored 198 goals and provided 97 assists in 283 games.

Also Read: ‘I can’t imagine Barcelona without Messi’ Sergi Roberto
Also Read: After Messi and Ronaldo, these 5 footballers could dominate Ballon d’ Or