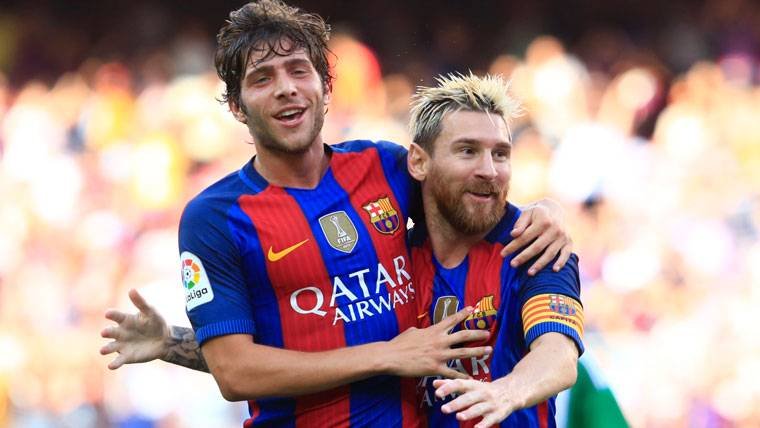 The news that Messi informed Barcelona that he intends to leave the La Liga giants shocked the world last month. The 33-year-old man intends to trigger a clause in his contract, namely, a free transfer at the end of last season.

Sergi Roberto on ‘Tu Diràs’ on RAC1. “It is impossible for Leo not to continue with us. He is the captain and the best player in history. I can’t imagine Barcelona without Leo. If that was his decision, we would respect it. The only thing missing is that we are working for the team. After providing everything to the club, people do not respect their decision but the player must be respected.”

Coach Ronald Koeman at the helm, Barcelona prepares for the La Liga 2020-21 first game against Villarreal. After Barcelona was eliminated by rival Real Madrid in La Liga and was humiliated by Bayern Munich 8-2 ​​in the Champions League quarter-finals last season, Koeman replaced Quetti Setien, who was appointed only in January.

“I can’t imagine Barcelona without Leo. I would cross my fingers to keep him, I saw that he trained very well. He is a very professional player and I have no doubt that he will always give best to Barca.”

Roberto on new coach “We are doing good job. He tells the players clearly that it is good for the team. I fully believe in the coach and all the players.”

In addition to the new coach, Arturo Vidal moved to Inter Milan and Ivan Rakitic returned to Seville, Suarez moving to Atletico Madrid is on rumors.