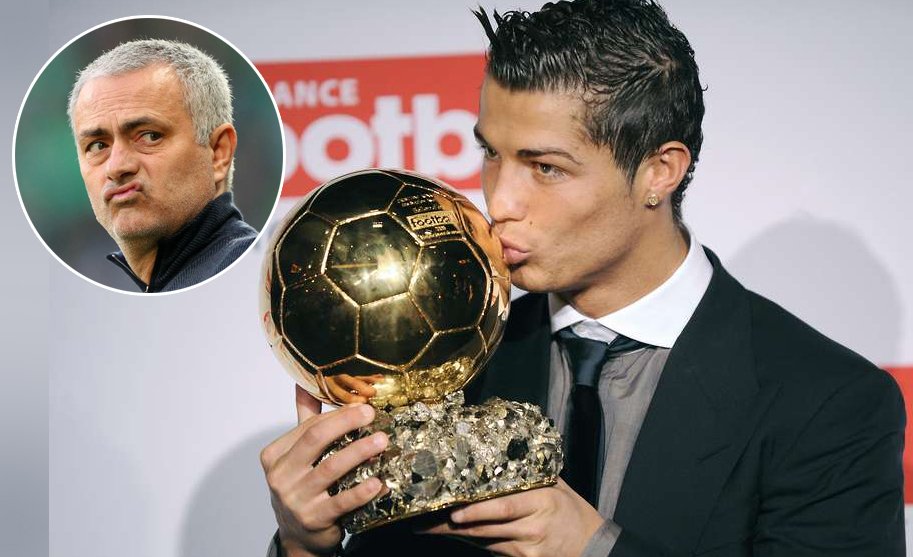 Ronaldo played 34 matches in the Premier League, scoring a total of 31 goals. At the same time, in the Champions League, Ronaldo scored 8 goals in 11 games. Cristiano Ronaldo had 446 points in the top three at the Ballon d’Or. He was far ahead of Lionel Messi who got 281 points and third-placed Fernando Torres 179 points.

After Cristiano Ronaldo won the 2008 Ballon d’Or, Jose Marinho did not agree that he was the best player in the world.

Sir Alex Ferguson compared Ronaldo with football superstars Diego Maradona and Pele but Mourinho said according to the BBC Sports report: “Cristiano Ronaldo is a good footballer, but he is not the best.”

“When I think of how a footballer should be, I think of Kaka; Ibrahimovic and Lionel Messi” added Mourinho. “Lionel Messi is great. In two or three years, he will win the Ballon d’ Or.”

He also added, “Cristiano Ronaldo deserves the Ballon d’Or because his team(Manchester United) won the UEFA Champions League and the English Premier League.”

Next post Indonesian League Postponed: Rohit Chand and the team off for four days

Messi and Ronaldo boycotted the Ballon d’ Or 2018

Cristiano Ronaldo can win Ballon d’ Or with Juventus