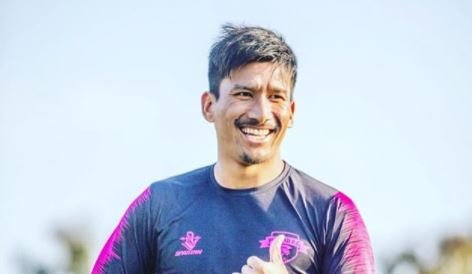 Kiran Chemjong I-League 2020-21,
The goalkeeper Kiran Chemjong Limbu of the Nepal National Football Team has joined the Punjab Football Club in the I League for the third term.

Nepalese goalie Chemjong played for the club in the 2017-18 season. The team won the I-League, India’s largest domestic football league that season. The second term was the previous season (2019-20) when he played for Minerva. 2019-20 was closed after COVID 19 pandemic, Minerva Punjab finished third with 23 points and Mohun Bagan was chosen as I-League champions.

Another Nepali youngster Abhishek Rijal will also be playing the I-League this season with Mohammedan Sporting Club. Kolkota based Mohammedan recently promoted to I-League 2020-21 from I-League 2nd division. The club Punjab has not disclosed the monetary deal with Kiran Chemjong.

You can watch football videos of Nepal here.